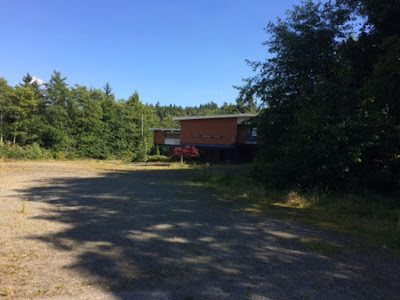 Crews have been making fairly quick work of the demolition work at the site of the old Kanata elementary school, with the east side structure now but a pile of rubble after a couple of weeks of work.

As we noted late last year, the School District put the project  out for bids in November, with the process finally reached the demolition stage this month, that following a few stops and towards moving the project forward over the last year or so.

The original timeline for the completion of the job is by the end of March.

The Kanata school lands has been a high profile piece of land that the School District had originally arranged for sale with a property developer back in 2015; however some differences of opinion between the developer and Prince Rupert City Council over amenities for the property appeared to have scuppered that plan by early 2018.

That disappointment served to temporarily sideline the School District's wider ambitions towards a new Board Office and development of the Closed Westview Elementary site, as well as to help fund a number of other infrastructure needs.

We examined some of those issues two years ago, that following some back and forth between the School District and City Council at the time. 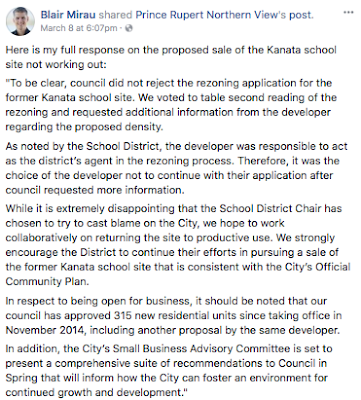 Once the current demolition work is complete, the land may yet attract some new interest from potential developers, or perhaps make for some new plans for the School District.

Some of the history of the Kanata School lands can be explored below: