Mr. Cam McIntyre, the Secretary/Treasurer for SD52 provided an overview for City council, tracing some of the history of the long desired replacement project for the City's  Middle School on Ninth Avenue West.

He observed how he started with the District in 2009 and how the original project was that of a seismic mitigation process, with the school taken off that list in 2011. It was returned to the list in 2015, with the work now put forward as a Full Replacement program just weeks ago. 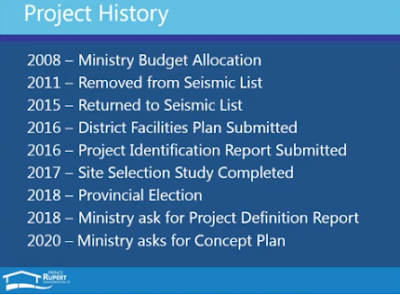 Mr. McIntyre noted that as that process moved forward, it appears that some success towards its progress came through the efforts of MLA Jennifer Rice and her shift to the government side of the Legislature.

As for where they are at this point, such is the pace of their planning, that the School District is now ready to reveal the site selection options they are considering. 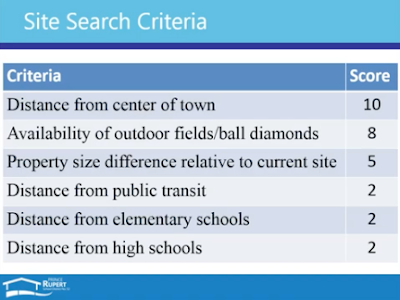 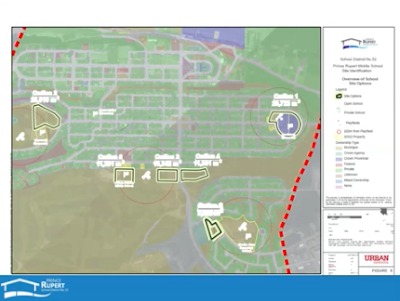 A central location was key for the District and made for the guiding element towards the options they reviewed, that before deciding on what they will make available for viewing to the public this week.

Towards the four that make the most sense for the School District they noted the following: 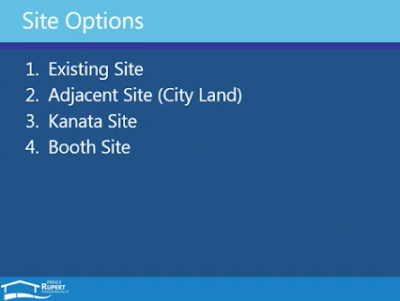 The Treasurer also outlined the many design elements that the province has made key towards development and how those elements will impact on the final decision for construction.

Should they decide to build on the existing site on 9th Avenue West, there would be a need to relocate the students during the transition period, with the Westview location considered the best option for that temporary site. 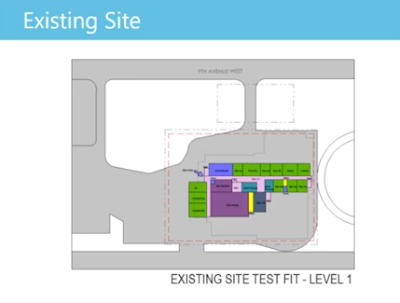 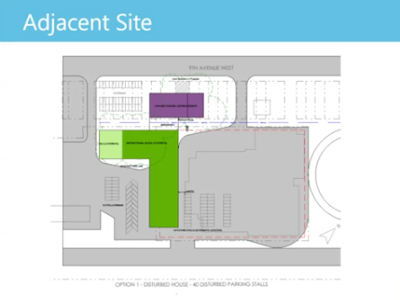 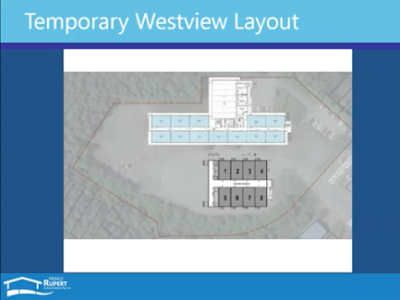 One other option might be the use of the Kanata School land, though it is outside of the scope of being central that they have flagged as important.

As the current study is funded by the province and they are part of the ongoing demolition process for that long closed school, they suggested adding the Kanata option up for consideration, with Mr. McIntyre outlining the pros and cons of that site. 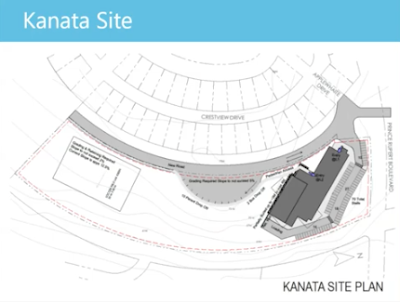 The Booth School/Maintenance Building site would require at least a three storey structure and also offers a few challenges towards planning. 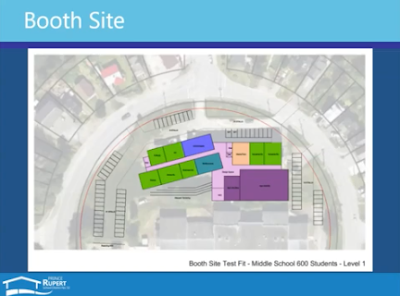 As for design, the Treasurer noted that there are opportunities to partner with groups in the community to help add on to the building and provide for as many options as possible. 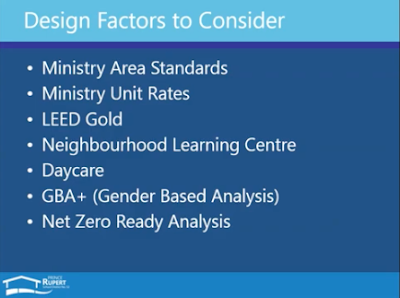 Mr. McIntyre also noted that the Open House to showcase the site options takes place Thursday at Prince Rupert Middle School, the event to run from 7 to 9 PM.

The application process then would be set to move forward, with Mr. McIntyre hoping to hear of some form of Treasury Board approval by Christmas. 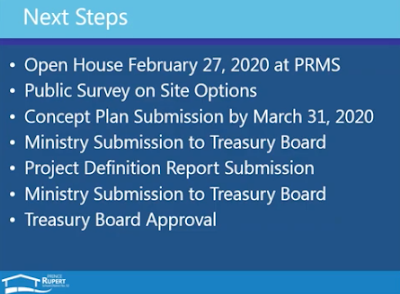 Following the presentation Councillors Adey, Randhawa and Mirau had comments and statements, with Mr. Adey noting how he wouldn't comment on the proposals as that is for the public to comment on, he did note that cost, disruption to students and what represents minimal disruption to the community as key to their process.

Councillor Randhawa inquired about the status of the Band Room in the new school footprint.

Councillor Mirau echoed some of the themes from councillor Adey and offered his validation of their criteria towards selection of the school site. He also had a question as to the timeline for construction, which brought the response that once it is approved there is a three to four year window towards completion.

The SD52 Treasurer noted how if they use the existing site there would be additional time required as they would have to move the students first, then demolish the existing structure prior to a construction start.

The Mayor took note of the upcoming Open House and urged those who are interested in the plans to attend.

You can review the full presentation from the City's Video Archive starting at the beginning of Monday's Council session.

We traced back some of the history of the long running quest for a Middle school earlier this month, which you can review here.

For more notes of interest from the School District see our archive page here.

A wider overview of Monday's City Council session can be explored from our Council Timeline Feature.
Posted by . at 12:17 PM