This is not a recording ... a most turbulent January continues for the North Coast as Environment Canada issues yet another WIND WARNING for coastal areas of the North Coast Mainland including Prince Rupert as well as Haida Gwaii.

The Weather Waring was issued at just after 3:30 today and advises of a strong frontal system set to track across Haida Gwaii tomorrow evening before it will move onto the North Coast.

Ahead of that weather system winds will increase to southeast 80 to 100 km/h over Haida Gwaii Thursday morning then spread to North Vancouver Island in the afternoon and the North and Central Coast early in the evening.

As the system moves through, the winds will ease to southerly 50 to 70 km/h.

Along with the wind will come periods of rain which are anticipated to come overnight, continuing through into Thursday evening. 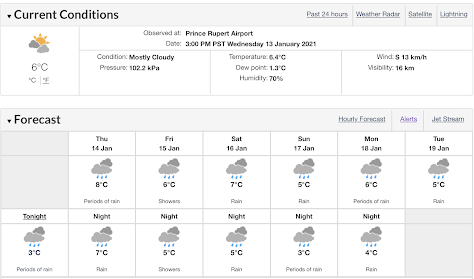 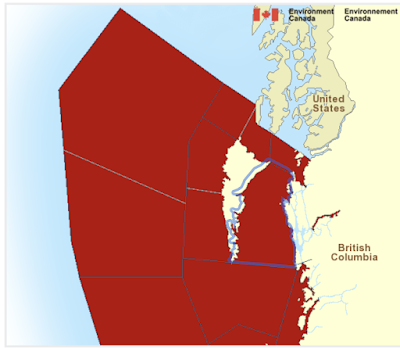 The approaching weather has also delivered new Marine Warnings, with Hecate Strait currently under an Hurricane Force Wind Warning, with winds of up to 65 knots anticipated overnight and seas building to 8 metres by Thursday afternoon. 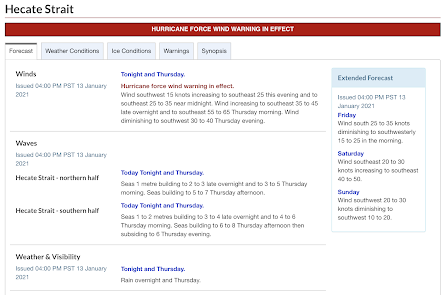 You can access updates to any changes in the forecast from the Environment Canada website.
For a look back at what has been a very stormy first month of 2021 see our archive page here.
Posted by . at 4:11 PM