There are few details included as part of the notification from the Impact Assessment Agency of Canada which launched the consultation on February 22nd, other than to note that the new tracks will be constructed to the west of the eight existing yard tracks onsite and within the footprint of the existing years access road.

The site indicated by the map attached to the proposal notes the area along the Prince Rupert waterfront from the area between Fairview and Kwinitsa as that of the proposed expansion of track. 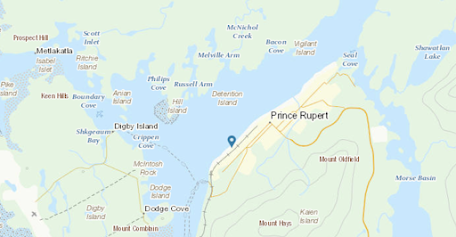 You can review what is offered up as part of the notification page here.

The contact information on how to submit your comments can be explored here.

More notes related to CN Rail can be explored here.

Note: We made a correction to the original item above, which had previously listed March 22nd as the end of the comment period, as noted above it ends March 23rd.
Posted by . at 12:28 PM