The organization which brings most of the community's labour members together in Prince Rupert is about to take a larger role in two key community issues.

In an information release today following their March meeting, the Prince Rupert Labour Council outlined their plans moving forward which include taking over the efforts for a Clean Water campaign in the city, as well as to join in on the call for affordable housing in the region.

Towards the Clean Water Campaign the PRLC noted: 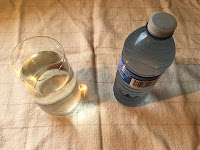 The Council is taking over the grassroots campaign from its founder, Tom Kertes, so that it can continue to raise awareness on water issues facing the region.

Community for Clean Water was first launched during the Prince Rupert Boil Water Notice of 2018-19.

A first aim of the clean water campaign under the Labour Council’s leadership will be uniting North Coast communities around improvements to water access throughout the region and beyond, extending the focus of the campaign from Prince Rupert to the region as a whole.

Mr. Kertes is currently the President of the Prince Rupert Labour Council

“This clean water campaign is very important, given that Prince Rupert is currently under a water quality advisory and the number of communities throughout Canada without access to clean water now," -- Kyla Ragan from the PRLC.

As they note in their overview of the water campaign, Prince Rupert has been under a Water Quality Advisory since August of 2020, and spent much of December to March of 2018/2019 under a Boil Water Advisory. 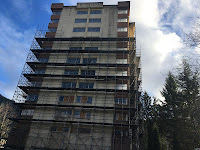 With affordable housing a key discussion in the community, the Council has also decided to have a more forceful voice in the conversation with plans to host a Zoom town hall in the future to address the state of housing in the community.

The Labour Council also decided to launch a “North Coast Affordable Housing Campaign” to help  develop improvements in housing for people and communities of the North Coast region. To help prepare for this, Kari Micheals (Vice President of the BCGEU) and Paul Lagace (Advocate with the Unemployment Action Centre Society) presented on provincial and local housing issues during an open forum at the meeting.

“Prince Rupert is facing a serious crisis due to a lack of housing for all income levels in the city. That’s why we’re moving to get labour unions and the community united on making housing affordable for people.” --   Piroska Potornay Prince Rupert Labour Council

“The Unemployment Action Centre Society is an advocate for economic fairness in our community. Local unions fight daily for better working conditions and economic fairness for everyone, which is why we’re proud to support grassroots community organizations that are standing with all workers - including unemployed and underemployed workers who bear the brunt of economic injustice.”

To learn more about the work of the Prince Rupert Labour Council see their website here.

Further notes on the Labour movement on the North Coast see our archive page.