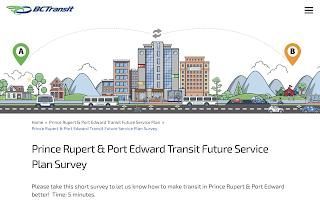 If you are on Facebook or twitter for any amount of time these days, you probably have come across a page inviting you to take part in a survey on the future of Transit in Prince Rupert and Port Edward.

The project has been launched by BC Transit and includes a look at the last service review from  October of 2012, which will give those reviewing this opportunity to comment an idea as to what BC Transit does with all of that feedback. 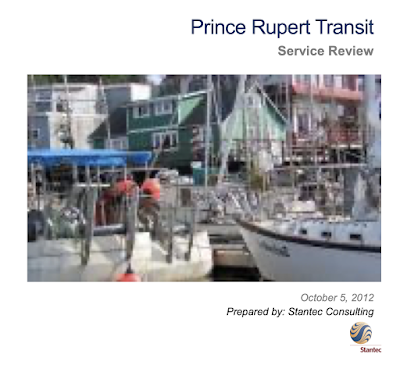 And while there are a few glitches in the current presentation, such as a reference to Terrace in the Prince Rupert mapping model, the information site does give a good overview of the services and a chance for residents to help shape it into the future.
So far, BC Transit's Aaron Thompson has received five ideas towards improvements for the services in the region, offering up a few ideas for consideration. 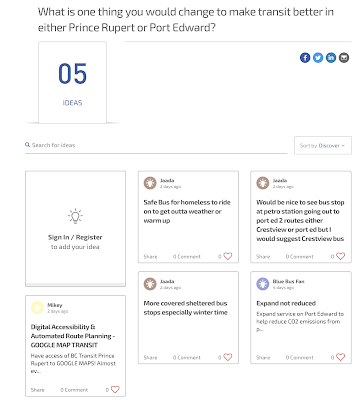 As for the survey, the short five minute questionnaire explores the impact of COVID on travel in the region, as well as a range of questions on local service and when you may wish to use it.
The survey also explores potential changes for the Seal Cove and Port Edward routes, as well as to propose a new route to the DP World Container port facility. 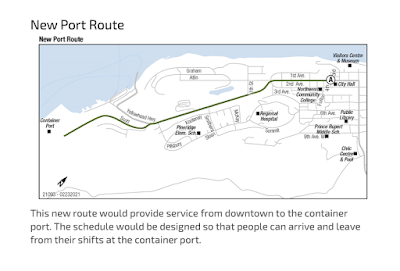 The community engagement exercise also introduces the prospect of a new Airport route for the Transit service, which would replace the current shuttle service that is in place, the key element of the question is  whether residents would make use of it. 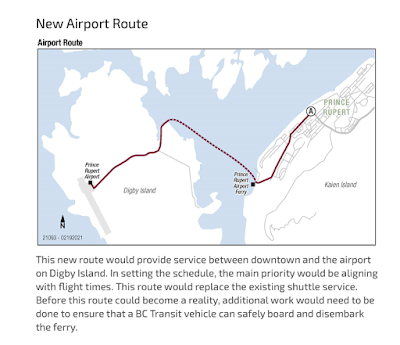 Respondents are also asked to rank the importance of all the proposals that are listed as well as to offer a space for further commentary.
The online consultation will continue on until mid April, BC Transit will report back to residents along the way as they work towards delivering a final Report to the City of Prince Rupert and District of Port Edward.
You can learn more about the BC Transit initiative here.
For past notes on transportation themes in the region see our archive page here.