City puts its outdoor washroom plan out for proposals

The City of Prince Rupert is set to move forward on its plan to provide for an outdoor toilet facility somewhere in the downtown core area.
With a Request for Bids posted to the BC Bid website last week, launching  a fifteen day period to accept potential bids for the step up above your traditional porta-potty concept.

The Report to Council at that time from the City's CFO Corinne Bomen provided some background to the grant and the city's plans. 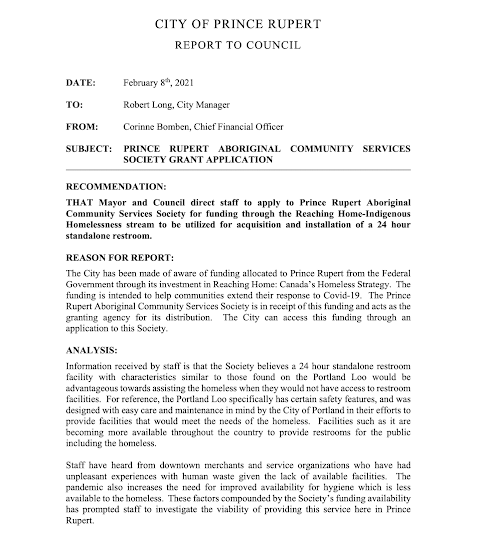 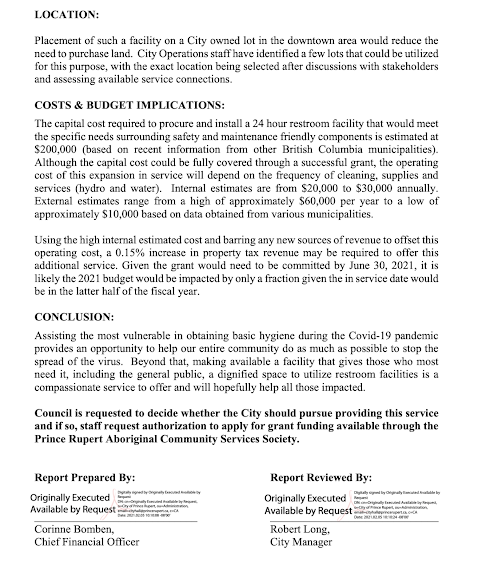 The RFP for the proposed toilet was issued last Wednesday through the provincial bid site.

For those considering putting in a bid request, the outdoor facility planning covers a wide range of items for proponents to consider, the list of which you can review below: 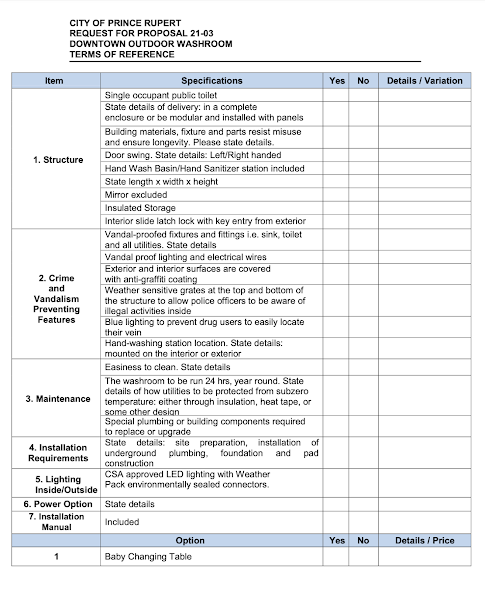 The weighted scale of consideration, covers four elements, with the most important of the quartet that of Sustainability and Serviceability, with Budget a close second. 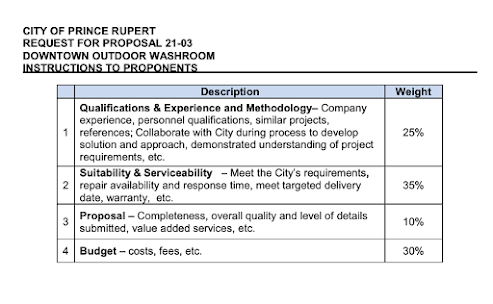 The timeline for delivery of bids is set for 3 PM April 8th.
The City states the proposed deadline for delivery of work is June 30, 2021 but advises that date could be amended at the City's discretion.
Of note from the documentation is that the city has yet to identify where it plans to place the Outdoor facility, which would appear to be part of the process for the Bid to advise on the potential sites.
You can review the full RFP from the City through the BC Bid website.
A look at some of Council's past notes on the Outdoor Toilet proposal this year can be found below:
February 10 -- City Council looks to be Lookie-Loos on grant prospects for 24 hour public loo
February 8 -- Council to consider opportunity to seek ou funding for additional public restroom facilities in the city
You can review some of the City's past RFP's here.
For more notes related to past Council discussions see our archive page here.