March Madness viewing awaits, with a cheering interest for a Friday morning 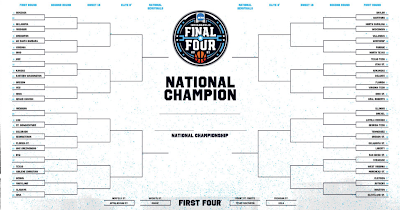 Update: the March run for the Utah State Aggies would be a short one, with the team dropping their Friday match up with Texas Tech by a score of 65-53. As a result the Texas team will advance on in the tournament, while the season now is at an end for Utah State.

The annual madness of March basketball is underway in the United States and for one of the 64 teams chasing the dream of a national championship, there may be a boost to the cheering section today as the Utah State Aggies take to the court this morning for their debut game in the tourney agains Texas Tech. 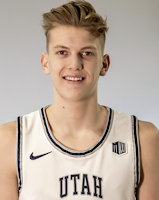 For Prince Rupert hoops fans the Aggies very well may be the home team for this years madness, with former Charles Hays Rainmaker Liam McChesney on the roster and set for the ride that he and his team mates hope leads to the Final Four in a few weeks time.

This is McChesney's second year at Utah State, though his first experience in the high tempo competition of NCAA Basketball offered through March Madness.

Having red shirted in his first year,  and the tournament cancelled in 2020 owing to COVID, the learning curve has no doubt be one that has been quite the journey, with the Rupertite playing at a level that isn't that far below the pro game in the US.

The Prince Rupert baller is one of twenty one Canadian participants in this years showcase of college basketball.

March Madness will be a whole new experience for him and this year will be a little closer to the years of the past.

That as tournament officials make for a return with  fans allowed in the stands, though at a 25 percent capacity as the tourney tips off, this year centred in Indiana as part of their Pandemic planning.

Utah State's opening round is taking place in Bloomington, Indiana and they head into this morning's match up as an underdog ranked 11, compared to Texas Tech which is a 6.

The Aggies will be hoping to make a roll of it, shifting to Indianapolis for the grand finale as they take on all challengers.

You can see how it all unfolds starting at 10:45 AM, keep an eye on the TSN schedule to see which of their channels will be hosting the Utah State/Texas Tech match up today.