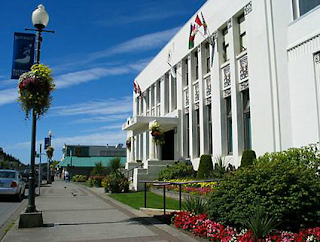 Short staffed both on council (with the departure of Councillor/MLA Rice) and in the administrative branch (good positions now available), City Council seemingly would like a lesser load for the summer months.

Towards the goal of that respite, Council provided approval of a motion on Monday to knock one of the two sitting days of Council for July off the day planner.

As it was published at the start of the year, City Council was scheduled to sit on July 8th and July 29th this year.

However, at Monday evening's sparsely attended council meeting, the four members of Council in attendance voted to amend the schedule to provide for just one meeting in July, that being Monday, July 8th.

A change on the calendar, that would find July matching the one session set for August, which is scheduled for the 19th.

With the motion to cancel approved, Council will now have a five week break from toil in Council chambers, though Councillor Ashley was quick to point out to those that may be watching at home, that should any emergency situation arise, council could be gathered in chambers to address any issues of concern.

All four of those members of Council in attendance at Monday's meeting (Councillors Kinney, Ashley, Garon and Carlick Pearson) voted to approve the cancellation.

Mayor Musallem and Councillor Thorkelson were not in attendance at Monday's session and Councillor Rice had previously submitted her resignation from council duties.

Email ThisBlogThis!Share to TwitterShare to FacebookShare to Pinterest
Labels: Council seeks to eliminate one of two planned sessions in July