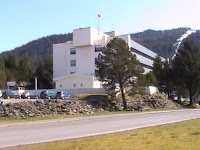 With a May 23rd decision, the case between the International Union of Operating Engineers Local 882 and Northern Health Authority (Prince Rupert Regional Hospital) seems in its final moments of consideration by the British Columbia Labour Relations Board.

As we outlined on the blog in November of 2012, the labour climate at the hospital took a nasty turn over decisions by Northern Health to change the nature of its maintenance department, following the conversion of the hospital's boiler system to an electrical process.

Further background on the dispute can be found from this November 14th item on the blog.

The move resulted in the displacement of a number of members of the Engineers Union, a situation that they took to the Labour Board over concerns over the nature of those dismissals and what they believed were unfair labour practices at the hospital in that time frame.

At the time, the Union applied to the Labour Board stating that the Employer was motivated by anti-Union animus when it decided to decommission the high pressure steam boiler at Prince Rupert Regional Hospital and replace it with an electric system.

That application led to this decision of October from Vice Chair Ritu Mahil, which sided with the Union's complaints, the start of the process that led to the follow up decision of last month, one which offered up the compensation phase and recommendations on further actions.

In that May 23rd decision, Vice Chair Bruce Wilkins, (who took over the case file when the previous Vice Chair, Mahil left the Board), once again outlined the nature of the dispute between the Hospital and its Maintenance Engineers and revealed the remedies he was putting in place to bring the issue to a conclusion.

Among the decisions, Northern Health will be required to pay due compensation to the displaced employees, as well as to pay the equivalent of any dues that the Union has lost since that displacement of workers.

As for the issue of staffing of the positions in question, the Labour Board ruled that the displaced workers do not have to be reinstated.

Any changes to those positions in question should be made in accordance with the processes in the Collective Agreement.  Should there be further dispute in those matters, they should be put before an arbitrator.

The Northern View provided the first notice of the Labour Boards deliberations, posted to their website on Wednesday.
Posted by . at 10:08 AM