Province prepares to send in the auditors for municipal issues 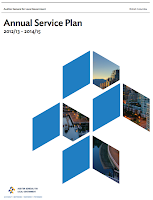 The Province of British Columbia is going to be conducting performance audits on 18 local governments in the months to come, looking to discover if municipalities are providing value for the tax dollars that they spend.

The newly created office of Auditor General for Local Government outlined it's focus in the planned review, selecting Performance Audit themes to guide their auditors as they look into how municipalities are coping with the challenges of government at the local level.

As they prepare to begin their operations, they have four Goals to pursue moving forward.

Provide accessible information to local governments, stakeholders and the public

Set the foundation for our success

The first round of performance audits will involve the topics of municipal governance as far as policing agreements and cost containment measures currently in place.

The eighteen selected cities range from the suburban cities of Greater Vancouver into the Okanagan, Central Interior, Northern British Columbia and Vancouver Island.

Prince Rupert and other Northwest communities were not selected for this first round of performance audits. Though some might suggest that perhaps the City of Prince Rupert and/or Skeena Queen Charlotte Regional District, could benefit  from, if not welcome, some outside review in the months to come.

Especially as local governments continue to face the challenges of service delivery and reduced revenue generation.

The focus on municipal finances comes at a timely moment, as recent reports from watchdog groups expressed concerns over municipal spending and value for tax dollars to the taxpaying public.

While the CFIB was looking at the big picture, the Canadian Taxpayers Federation recently outlined some questions that it had over recent spending by some municipal officials at the recent Federation of Canadian Municipalities conference in Vancouver.

Those reports, while not as comprehensive as the planned audits by the provincial government, did highlight some of the concerns that some residents of the province have over municipal spending and accountability.

The provincial audits no doubt will be designed to clear up some of the mystery of municipal financials and outline how the municipalities may be doing as they seek to achieve their goals of service delivery, transparency and accountability.

You can review the full Annual service Plan from the Auditor General for Local Government office from this link, a forty two page guideline to the process ahead.

More information on the Auditor General for Local Government can be found on their website.

Some of the media review on the new office can be found below:

Email ThisBlogThis!Share to TwitterShare to FacebookShare to Pinterest
Labels: Province sets up office of the Auditor General for Local Government