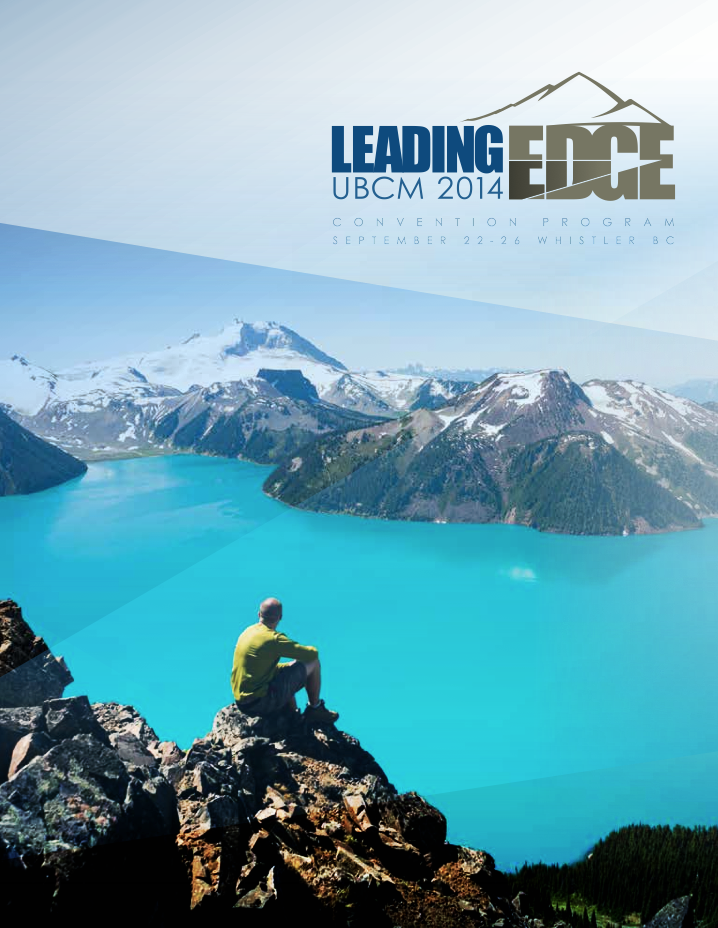 The 2014 edition of the UBCM convention came to an end on Friday, as Premier Clark brought the curtain down on the annual gathering of provincial and municipal politicians and their staff members from across the province.

The Premiers' address, which traditionally closes the week long get together, this year featured a review of some of British Columbia's past history , with the theme of consultation and dialogue a key point for reflection, pointing to the past as a way of finding a better way to discuss the concerns of today.

It was a speech that touched on current issues such as education, First Nations discussions, resource development, including that of the LNG industry, as well as the process of government at both the provincial and municipal level.

The Premier also outlined her thoughts on leadership at both levels of government and how all had to work together do a better job if the province is to find success.

Before she was finished, the Premier had provided a list of communities that she sees ready to thrive with new opportunities, "good stories" as she called them.

Locations where the Premier sees positive things happening with the promise of even better days to come.

For the Northwest the Premier had a pair of observations on the change taking place in some of the communities of the region, the majority of that change related to resource related activities, a theme she would touch on throughout her address.

She gave a nod to Terrace and the boom in housing in that community which according the Premier  has seen 190 homes built in the last two years, compared to years before 2012 where she observed that the average was 1 residence built per year.

Also on that list of good news stories was Port Edward, where Ms. Clark continued to show her affection for Mayor Dave McDonald, highlighting the spurt of real estate interest in the community.

"Dancin’ Dave MacDonald says there’s a house on the market in Port Ed for $445,000. Probably the highest listing ever in the town."

The Premier's shout outs to Port Edward and Terrace offers up an interesting contrast to how the thoughts of her Natural Gas Minister of just a few days previous, might have been received by Prince Rupert's representatives at the convention.

As we outlined in this item from earlier this week, when Rich Coleman opened up the convention on Monday, he offered up some tough talk on the nature of municipal revenue issues and pointed to the current system on Port taxation in place in Prince Rupert, as a potential blue print for other communities.

There was no reference to a dancin' Jack Mussallem as part of that review and for good reason, for much of this current term of Prince Rupert council, the Mayor and Council have made much comment on their desire to change that very same financial system on port issues that was praised by the LNG  minister.

Judging by Mr. Coleman's words of Monday, any revision to that system, or increase of revenues from it seems rather unlikely in the near future.

Other themes from the Premier's address that might make for a conversation on the trip home for the Prince Rupert delegation, were her thoughts on municipal financials.

During her speech, Ms. Clark highlighted such items as compensation levels at the municipal level, property taxation and municipal expenditures. Pointing out to the delegates that in some cases, the municipalities are spending at a higher rate than what the province does.

Those financial concepts are items that Ms. Clark would like to see discussed as part of this year's Municipal election campaign. With the Premier reminding the municipalities that the provincial government has no intention of raising taxes and won't commit to items that they cannot afford, declaring to the delegates that the Province "won't kick the ball down for the next generation to figure out".

With the November vote fast approaching the Premier observed that municipalities have decisions to make, with a need to understand the reality of our times.

Throughout her address, the Premier returned to the conversation and dialogue theme. Looking to use recent engagement in such issues as the recent education dispute, First Nations issues or discussions related to resource development, as a bench mark for the future.

For many of the municipal delegates at UBCM however, that theme of a quest for better dialogue may not be quite apparent at the moment.

The five days at Whistler provided for a fair amount of frustration for many attending the convention, as the Province rejected their thoughts on issues related to BC Ferries and delivered a hard hitting rebuke when it comes to seeking a larger municipal return from any potential LNG windfall.

Both of those are topics of much importance to Prince Rupert and after this week, on those issues and probably a number more, it would seem that there is going to be a need for much more dialogue and understanding between the two levels of government.

You can review the full text of the Premier's speech here, a look at some of the reviews of her address to UBCM can be found below.

For a full review of the week at Whistler, see our UBCM archive page here.
Posted by . at 11:23 AM