With public schools not in session at the moment due to the ongoing labour dispute between the BCTF and the provincial Government, Prince Rupert drivers may believe that speed restrictions in school zones may not be in effect.

However, while that may be the case for those neighbourhoods with public schools, for the Independent School Annunciation, School is in and with school in session comes the need to drive cautiously and according to the speed indicators posted. 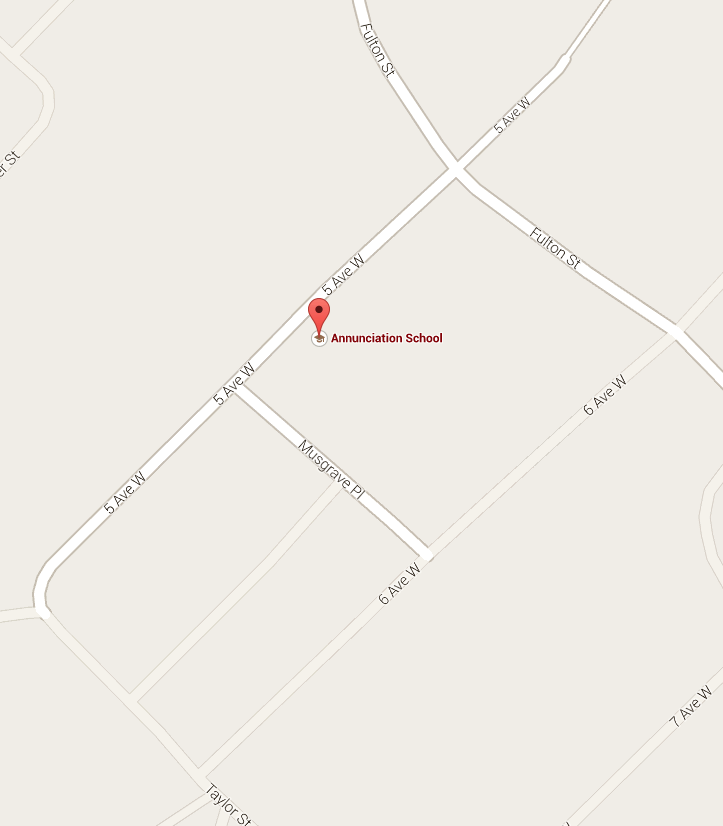 For those new to the city, the Annunciation School Zone runs along the Fulton Street and Sixth Avenue West area, with the school zone in effect algong its approaching streets.

Posted speed limit signs provide warning to motorists that they are in a school zone.

In addition to that particular zone of the city, motorists will want to be aware of the various parks found around the city and the speed restrictions in place there as well.

With school out for the majority of Prince Rupert students, the Prince Rupert Traffic section of the RCMP may be providing extra attention to those areas in addition to the area surrounding Annunciation.

The Kelowna RCMP issued this helpful reminder for motorists last week surrounding the issue of school zones around that community, it's not doubt valid and applicable for all communities in British Columbia and worth a read.
Posted by . at 8:26 AM