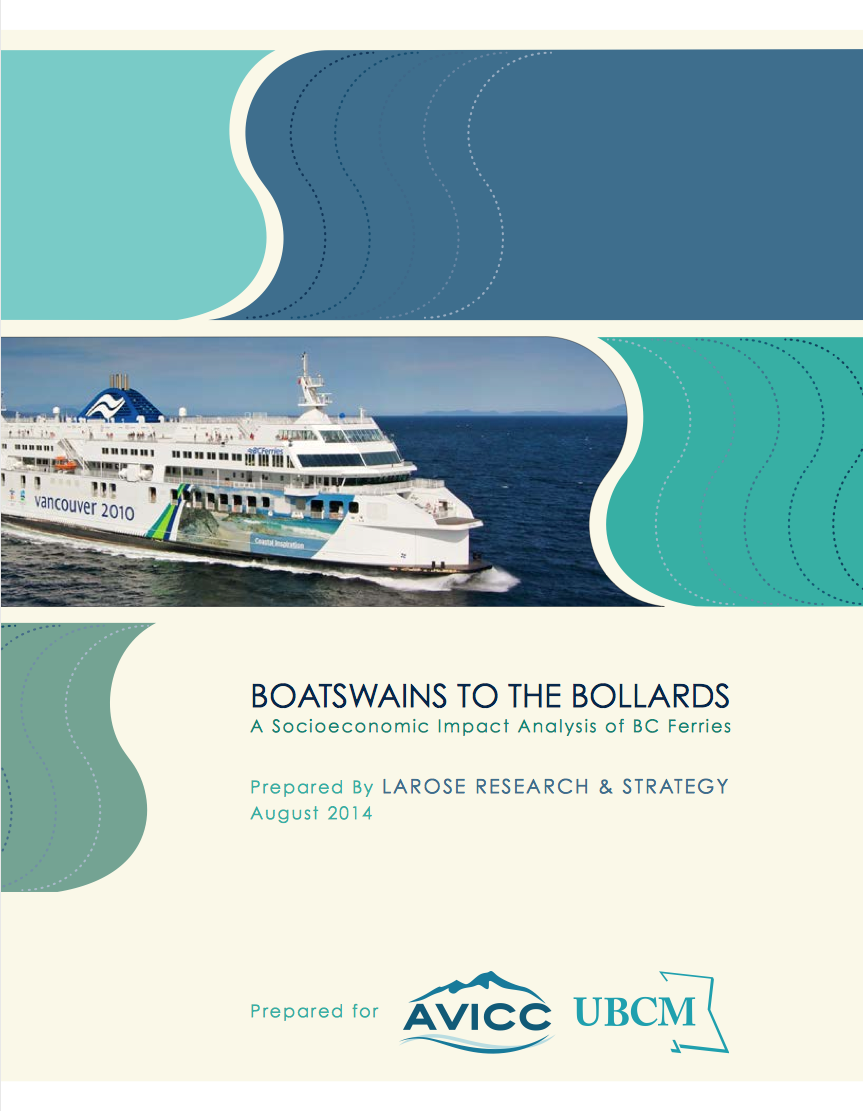 When North Coast MLA Jennifer Rice hosts her community forum on BC Ferries cutbacks next week, there certainly will be much to talk about on the always popular topic in the region.

Local interest in issues regarding BC Ferries is always high at the best of times, but discussion on the theme will no doubt heat up even more with the findings from a report just released by the Union of British Columbia Municipalities.

The report delivered to the public on Wednesday, would seem to provide a fair bit of vindication for coastal communities, as well as for communities that have been affected economically in points inland, all of which have long outlined their concerns over the erosion of service in the last decade.

Commissioned by the UBCM, the report points to what the authors suggest are losses to the British Columbia economy of 2.3 billion dollars over 10 years.

The findings resulted in the UBCM calling for the Provincial government to "re-think the policies that direct the funding of BC Ferries.",  with the organization also offering up a suggestion towards a first step in reversing the declining trend in ridership, by asking the  province "to restore fares and service to 2013 levels"

You can review their full press release on the report findings here.

With Prince Rupert one of the key transit points in the BC Ferry System, the document offers up a number of helpful talking points when it comes to the impact that changes to BC Ferries have had on the region since 2003.

The Report provided case studies on eight of the BC Ferries runs, including Route 10 the Inside Passage Route between Port Hardy and Prince Rupert.

Highlighting how Route 10 has experienced  the sharpest drop-off in passenger volume of all the BC Ferries routes, having lost 27.7% on its ridership since 2003.

The survey did not include a review of a case study of the Haida Gwaii-Prince Rupert run. However, statistics quoted in the report observed as to the drop in passenger levels of 23 per cent since 2003 on Route 11, which transits between Haida Gwaii and Prince Rupert.

Those Prince Rupert council members and staff that will attend this year's UBCM will find much in the report to make use of, as they continue their efforts to call attention to the impact on the North Coast of BC Ferries cutbacks and fare increases.

This year the UBCM sessions take place in Whistler from September 22 to 26.

The public forum on BC Ferries to be hosted by Ms. Rice, takes place on September 17th at the Highliner Inn from 6:30-8:30

More items of interest surrounding the UBCM report can be found below:

We have more items of interest on BC Ferries available on our archive page.
Posted by . at 10:42 AM

Email ThisBlogThis!Share to TwitterShare to FacebookShare to Pinterest
Labels: September 2014, UBCM report on BC Ferries to be discussed at end of summer session