Truck traffic through residential areas was a topic of Concern for Mayor Jack Mussallem on Monday night, raising the issue as part of his Mayor's Report at the end of the City Council session on the night.

As part of his observations on the situation, the Mayor has tasked City Manager Robert Long to consult with the Prince Rupert Detachment of the RCMP and review the current status of a sting of road connections on the east side of the city that currently serve as a truck route into the city.

Mayor Mussallem highlighted the roads of concern to him, observing to the levels of traffic on Frederick Street, Hays Cove Avenue, Drydock Road and George Hills Way. 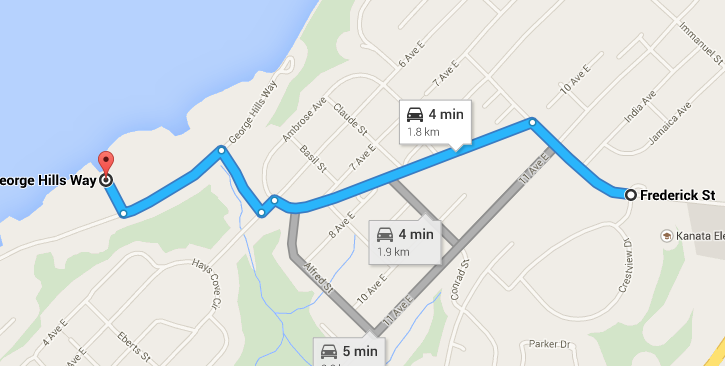 As part of that review, the Mayor has asked the City Manager  to compile a report on the usage of roads on the east side by heavy trucks, with a thought towards declaring that route a Heavy Truck Route with consideration for a speed reduction to 30 kilometres an hour on the streets in question along the route.

Mr. Long is to provide his report to Council for further review.

The Mayor's observations can be found on the City's Video Archive, it runs from the 29 to 30 minute mark.

For more items of interest on City Council developments see our archive page here.
Posted by . at 8:53 AM

Email ThisBlogThis!Share to TwitterShare to FacebookShare to Pinterest
Labels: Council to review truck route considerations on east side of city