For the most part, the last few months have been a fairly quiet period of time on the municipal election trail, the summer season offering up a bit of lull, with things just now starting to pick up as Fall peeks over the horizon.

As we outlined on the blog last week, Mayor Jack Mussallem offered up another item for consideration in his ongoing advertising campaign, an interesting approach to image making that seems to have set a tone for the upcoming campaign. 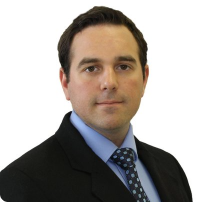 As for the Mayor's competition to this point, Lee Brain, the only other declared candidate thus far, has kept to a fairly low profile through the summer.

The early promise of developing his platform on how to "re-think" Prince Rupert, is one that is expected to be delivered now.

Particularly as the campaign for the Mayoralty appears to be heating up and voters seem inclined to learn as much as they can about the candidate looking to replace Mr. Mussallem.

Taking that message to the public no doubt will require some funding and towards that theme for the fall campaign, the candidate's donation page, which is a part of his official website has seen a bit of action of late.

Those fundraising efforts appear to have delivered a few supporters to the camp of Mr. Brain in recent days, at least if the listings of those that have offered up a donation are any indication.

In addition to their financial support, some of those that have already made a donation, have now started taking to social media sites to offer up the suggestion that others lend a financial hand as well.

Funds for a campaign, particularly one against an incumbent and well known political figure in the community, are of course an important aspect of any quest to bring change and to offer up an alternative to the current view on municipal politics.

Still, for all that good faith from those that are providing their dollars for the Lee Brain campaign, a bit of information on what the candidate wishes to do and what his campaign will be all about, might bring some reassurance that their financial contribution is worthwhile.

So far, Mr. Brain has not offered up much in the way of information regarding what his political plan might look like, should he find success at the polls in November.

Whether it is through his website, Facebook page or twitter feed, none as of yet, have provided any new talking points since the early days of the launch of his campaign.

For the most part in recent weeks, those portals have provided for community events notices and not much more.

That makes for a fairly puzzling use of his social media presence, as none of those three methods of communication that he has made use of thus far, (unlike any media advertising campaign), require much in the way of a financial requirement to share word of his political vision and stoke excitement for his campaign.

While those that have already voted with their cash are clearly on the side of the would be Mayor, there is still a large segment of the voting population waiting to hear more about what change he would bring and how we should re-think Prince Rupert.

The time to start spreading some of that word appears to have arrived, otherwise the Mayoralty race is going to be a campaign featuring one candidate that Rupertites are fairly familiar with and another that still remains a bit of a mystery.

More items on the Municipal election campaign for 2014 can be found on our archive page.