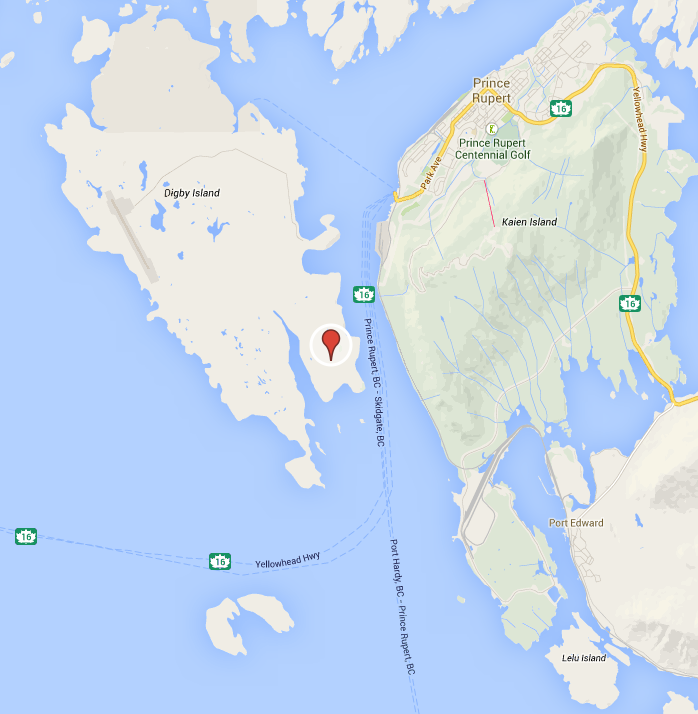 For those living at Dodge Cove, the current pace of LNG development for the North Coast should just pass Digby Island by, with residents of the community starting to push back on the plans of Cnooc/Nexen Energy to develop their terminal project on the southern end of the island.

As we outlined on the blog in July, the Chinese owned LNG proponent had sought out permission from the provincial government environment office and the CEAA, looking  to offer up a second possible location for their proposed Aurora LNG terminal development

As part of their correspondence with the government organizations, the company provided documentation that would add the Digby Island location as a potential substitute for their original site of Grassy Point near Lax Kw'alaams.

A choice that has left many on Dodge Cove less than impressed.

Des Nobels, a community resident and Director with the Skeena Queen Charlotte Regional District provided the voice for Dodge Cove, outlining his thoughts and the concerns of some of his neighbours for the CBC Radio program Radio West. (listen here)

In his interview, Mr. Nobels offered up a string of concerns from Dodge Cove residents, from the increased nature of helicopter flights over the island, to community concerns with the location of an LNG plant being developed on their doorstep.

He also relayed issues with watershed concerns and light and noise pollution, as well as making note of the Digby Island airport, now with the prospect of having an LNG terminal built at the end of a runway.

As Mr. Nobels outlines things, Dodge Cove residents have expressed some thoughts in the past on the Fairview Container Port development across the harbour. The prospect of even more industrial development moving closer to their side of the harbour seemingly is something that they are determined to try and halt.

The Nexen proposal for Aurora LNG is still making its way through the various phases of Environmental Assessment.