New Cash Mob destination to be revealed in October 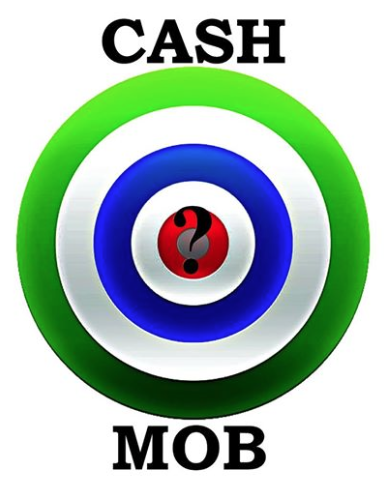 The popular Cash Mob project will return to Prince Rupert in October, with organizers currently reviewing the growing list of potential stops, as they make plans to target a local business for a surprise surge of customers.

Saturday, October 18th appears to be the day that they have settled on for the next edition of the Cash Mob experience for the city.

On that day, participants prepared to spend at least twenty dollars will head off to the selected location, making for a fun filled spurt of business for the day.

Previous editions of the Cash Mob proved to be well received outings, with the Argosy Gallery and Ice House Gallery finding their shops filling up with customers, some who perhaps may have never been in the store before.

The program which is co-sponsored by the Prince Rupert and District Chamber of Commerce and Community Futures of the Pacific Northwest makes use of social media to advertise when and where participants should gather to launch the invasion of the target store.

More information on the October Mob scene will be delivered to the Rupert Reigns website, twitter  feed and Facebook page as the excursion date of the 18th gets closer.

For more on developments in Prince Rupert's Commercial sector see our archive page.