The last few weeks of summer offer up a last little bit of relaxation before the routines of September kick in, with a return to school and a number of fall activities among the prospects for just a few weeks from now.

For those involved with the North Coast's active dance programs, the end of August brings registration season for a number of students and parents of the region, with Prince Rupert's two Dance Studio's already sharing the word of their plans for the season ahead. 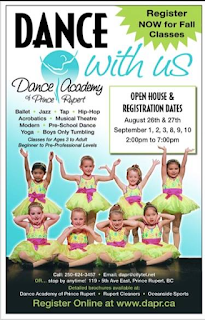 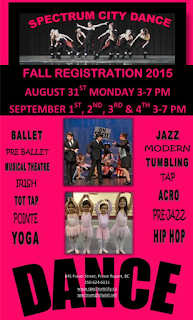 While Spectrum City Dance hosts its Fall Registration from August 31st to September 4th from 3-7 PM at their Fraser Street Studios behind Overwaitea.

Both studios also have an online website where you can find out more about their programs, the cost and which may be the best fit for your child.