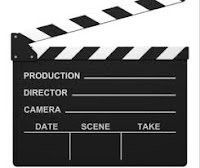 The final days of summer make for a bit of lazing about the house and if a movie night is among the plans, there's a little feature on You Tube at the moment that might be of some interest to North Coast residents.

A probably long forgotten movie called Anything to Survive, which provides the brief synopsis of the troubles ahead for the Barton family; siblings Wendy, Krista and Billy and their father Eddie become stranded on a beach while sailing from Prince Rupert to their home in Ketchikan, Alaska.

The 1990 film was a straight to television production for ABC and you might recognize some of the characters along the way, from a youthful Matt LeBlanc ( in his pre Friends days) and Canadian actress Emily Perkins (who would go on to a fairly lengthy career on TV) to Hollywood veteran  Robert Conrad .

A scan of the You Tube archives for Prince Rupert on Wednesday, provided the discovery of the movie having been posted to the video site three days ago.

Alas don't go looking for too many Prince Rupert (or Ketchikan) location shots for the movie, the IMDB data base notes that the Filming location was Vancouver.

About the only familiar North Coast reference about the production, is the script line of travelling to Prince Rupert in morning, that epic shout out arrives in  the first few minutes of the film, while the actual "arrival" in the Rainbow City sure offers up a different waterfront that what locals might recognize.

At any rate, once they cast off from "Prince Rupert" the ocean and coastline takes centre stage.

There's also no shortage of flaws in the plot line of the film, not to mention the version ends about as abruptly as a movie could, though after an hour and twenty minutes the quick conclusion probably is for the best.

The movie also changed its name at times, alternately known as Almost too late for some of its brief run in other countries, along with a range of creative translations for non english markets.

The discovery does give us cause to start looking for more films that might have featured (or in this case suggested) a Prince Rupert locale, we'll dig a little deeper and see if we can turn our Hidden Gems feature into a long running production for future contributions here.

Email ThisBlogThis!Share to TwitterShare to FacebookShare to Pinterest
Labels: Prince Rupert ready for a close up