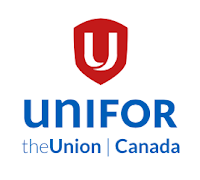 The union representing workers at Coast Guard facilities across Canada has once again raised its concerns over technical issues that it says continue to plague the communication system on the coast of British Columbia.

According to the union Unifor, the latest incident on the North Coast took place in the early hours of this morning, with the union stating that the communication system suffered a failure, resulting it says in a black out period on the North Coast, where mariners if in distress may not have had their calls heard.

A news release from Unifor issued earlier today states that the system for regulating shipping movements and detecting distress calls was inoperative from 12:50 to 3:45 AM.

As we outlined on the blog in April, Unifor has been registering its concerns over communications issues since the plan to close a number of stations on Vancouver Island and Vancouver itself earlier this year.

Those closures and planned closures leave Prince Rupert's Coast Guard station responsible for a large portion of coverage along the Pacific Coast from A-B line south to beyond the Northern reaches of Vancouver Island.

An outage in April is reported to have left the Prince Rupert Communication Centre unable to transmit or receive calls for thirty minutes in the early morning hours of April 21st.

The latest concerns from the union come during the early weeks of the eleven week federal election campaign, and the union was quick to highlight the latest issues related to Coast Guard services and communications.

"The Harper government's cuts have reduced the effectiveness of our coast guard," ... "When our coast guard is compromised, the safety of Canadians is at risk." -- Gavin McGarrigle, Unifor's BC Area Director.

The union has been determined to make the issue of safety on the coast an election issue before the federal vote of October 19th.

In their media release of Tuesday, Unifor notes that it would cost 5.5 million dollars per year to return coast guard funding to its previous level, suggesting that would be 0.25 per cent of the cost to the government of its income splitting program introduced this year.

The Department of Fisheries and Oceans, which has oversight on Coast Guard operations on the West Coast has not offered up any comment, or update on any communication issues to this point.

For more background on issues of Emergency Response on the North Coast see our archive page here.