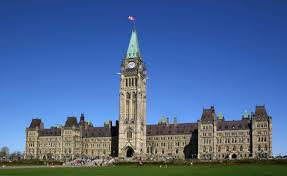 The race is on for the Skeena-Bulkley Valley seat in the House of Commons, with incumbent NDP MP Nathan Cullen looking to extend his time representing the riding in Ottawa.

As we noted over the weekend, Canadians found themselves at the start of an eleven week campaign with the call of the fall election on Sunday morning, sending candidates into their riding's to seek the support of Canadians from coast to coast to coast.

For the Northwest, the options will offer up one of two themes as we head to October 19th.

A return for Mr. Cullen who has been representing the riding since 2004, or a shift in focus that would probably herald one of the largest surprises on election day, should it come to pass that Skeena-Bulkley Valley changes its fairly entrenched political direction over much of the last few decades.

The election year also offers up the possibility of sending at the MP, who is a high profile NDP member in Ottawa into a cabinet position, particularly should some of the more positive NDP polling of late deliver the opposition party into government on October 19th.

Still, the contenders for Mr. Cullen's seat are certainly not going to just go through the motions, offering up the prospect of a full discussion on where they and their parties can be found on a range of political issues both national and regional.

As the campaigning gets underway, many of Mr. Cullen's themes will be familiar ones, as he is expected to expand on his thoughts when it comes to the development of industry in the region, offering up the chance for the NDP MP to provide more background on the Social Licence concepts that he has spoken about in the past.

As well, the election campaign will provide Mr. Cullen the opportunity to reinforce the NDP's position on the environment, perhaps delivering to North Coast residents more background on where the Federal party might be positioned when it comes to the proposed development of the LNG industry across the region.

Other issues that the MP has touched on in recent home mailers, twitter notes and website postings, which could be talking points through the campaign include:

A helpful rewrite for the Finance Minister when it comes to economic issues, the MP's  moves to try and stop plans to eliminate home delivery by Canada Post, a review of a number of First Nations issues across the riding, as well as some Transportation related notes with a call for Federal funding for Ferry Services in British Columbia.

With the drop of the election writ on Sunday, Mr. Cullen however was focused on the larger picture, observing on the travels of the Prime Minister in the early days of the campaign and highlighting Toronto Star polling numbers that show the NDP leading the Conservatives and Liberal.

Though the Skeena-Bulkley Valley MP did note that polls will go up and down during any campaign, with the only one that will be of any note at the end is the October 19th vote.

Conservative challenger Tyler Nesbitt, a former Prince Rupert resident now living in Terrace, is new to the political scene and in the recent days leading up to the election call had made economic development a key feature of his talking points.

He made note of the flurry of infrastructure announcements of the last week, commenting as to how those announcements were an indication of the growing push for more industrial development in the Northwest.

Making use of his Facebook page and twitter feed, Mr. Nesbitt highlighted the Terrace airport funding and Highway 16 overpass project at Exstew among the notable funding announcements, the latter something he might have some familiarity with considering his work as a Manager with Nechako Northcoast Construction in the Terrace region.

He also heralded the progress of LNG development in the region, suggesting in one entry to his information flow that it's an opportunity that residents of the North can't let "slip through our fingers"

He also made mention in the week leading up to the election call of the launch of a new gold mine in the Stewart region as well as the infrastructure improvements planned for Prince Rupert and Port Edward.

For Christian Heritage Party President Rod Taylor, who has also announced as the Skeena-Bulkley Valley candidate the first job of the campaign perhaps might be to contact CHP organizers at the main office for the party and give them the heads up that he too is a candidate in the fall election.

As the election call came on August 2nd, the CHP website still only had one candidate listed in British Columbia as running for the party with Surrey Central listed as the only riding being contested in the run up to the election call.

As for a platform position, the early indications are that the CHP will again focus on policies and an approach directed towards families.

That at least the early indications from the candidates twitter feed, which provided for a few notes related to the main talking points for the party; that of a Pro Life Voters Guide and the need to protect children from what Mr. Taylor calls radical bureaucrats

The Liberals, Greens and other parties considering an entry into the 2015 campaign have yet to announce if they plan on entering the Skeena-Bulkley Valley race.

For more items and updates on the Federal Election with a Northwest focus see our archive page here.

For a more general overview of the National scene and British Columbia notes, see our D'arcy McGee political portal.
Posted by . at 9:38 AM