The video above of the massive explosion at the Chinese port of Tianjian could become the most played piece of video by the time the week ends, such is the dramatic nature of an event that rocked the fourth largest port in the world when it comes to the shipment of cargo.

The port located in a city of eight million people northeast of Beijing, is a major trans-shipment point for goods in and out of the country. The explosion took place at a warehouse facility on the waterfront, the most frequently cited cause of the explosion was related to a shipment of explosive material. 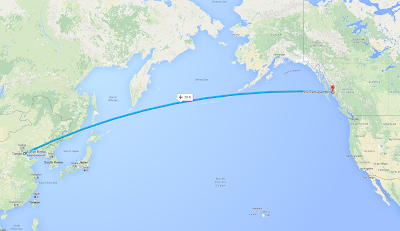 The most recent accounts from the scene highlight the ferocity of the blast in the late evening, with the first flare up lighting up the evening sky, then expanding into an earth shaking blast which registered at 2.9 on the Richter scale and resonated for many kilometres from the port location.

Photos and video that have been compiled to this point show a wide area of devastation in the areas economic development zone. Though information out of the Chinese port city is sporadic, as the Chinese government tries to keep control over what is reported from the site.

What is known one day later is that the latest reports have at least fifty people reported dead at this point, with hundreds more admitted to hospital with injuries related to the explosion.

Some news reviews of the massive Chinese blast can be found below:

While conditions and regulations when it comes to Canadian ports would seem to be more stringent than what are in place overseas, there have been incidents at Canadian facilities in the past, though nowhere near as tragic as what occurred yesterday in China.

It wasn't that long ago that a huge fire in March on the Vancouver waterfront raised concerns for those living in areas surrounding the container terminal, with particular issues related to health of note at the time. Also of note at the time was the need to provide better information to area residents as to measures to take when such incidents occur.

The Chinese port explosion and the fire in Vancouver of earlier this year gives one pause to consider what some of the emergency measures may be in place at the Port of Prince Rupert and what kind of procedures would go into motion for such types of major incidents here.

Some of that information is available through the Prince Rupert Port Authority website, which offers up some indication as to the process in place for security and safety at the Port facilities of the North Coast.  Though offering up more background on the measures in place on the local scene, might be something that residents of the area would welcome as they watch the news coming from China over the next few days.
Posted by . at 9:28 AM