With one month now under their belts, candidates in the federal election campaign move into September and what appears to be a bit more of a quicker pace and more focused presence.

For most would be voters on the North Coast the real election campaign won't get underway until that last drop (literally it now seems) of the summer season has been enjoyed, with Labour Day Monday, perhaps the moment to start thinking about politics again.

And with the public possibly a little more receptive to the politicians as the campaign moves into its second month, NDP MP Nathan Cullen is poised to open his fourth campaign office in the Skeena-Bulkley Valley riding over the Labour Day weekend, with a stop in Prince Rupert today.

The incumbent MP will be setting up shop on the west side of Prince Rupert's downtown area, opening is Rupert campaign office at 675 Third Avenue West, located in the block between the Stardust Restaurant and General Paint. 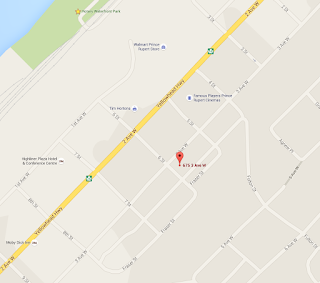 Today's official opening is set for 3 until 4 PM, following that gathering the candidate has plans to take to the streets and do a little door knocking around the city looking to share some of his party's plans for nation should the NDP form a government on October 19th.

You can learn more about the NDP's campaign office opening today in Prince Rupert from the candidates Facebook page.

Over the previous month, all of the declared candidates have been making the rounds of community festivals and fairs for the most part to get their message out.

Making the use of social media as the main option to showcase their travels and offer up some of their discussion points and those of their respective parties.

More substantive (and perhaps locally directed) discussion it seems is on the horizon however, last week Masset Mayor Andrew Meriilees took to twitter to announce that he would be hosting an all candidates meeting at Masset's Howard Phillips Hall on October 2nd from 6-8.

Those living on Haida Gwaii can forward him any questions that they might wish to see addressed during that session. 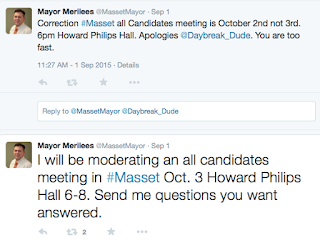 So far there is no indication as to any kind of schedule for more all candidates gatherings planned for other communities.

To this point, there are four candidates seeking the votes of Northwest voters on October 19th, Mr. Cullen, Tyler Nesbitt of the Conservative Party, Brad Layton for the Liberals and Donald Spratt who is  the most recent to take to the campaign trail on behalf of the Christian Heritage Party.

For more on the 2015 campaign see our archive page here.