City sets stage for introduction of 311 service to Prince Rupert 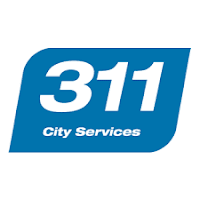 Should the CRTC provide its approval later this year, residents of the City of Prince Rupert could find a change in the process of how they communicate with the City on a range of services and  gain access information to municipal information.

It took but a short thirty second vote at last weeks Prince Rupert City Council session to set the course towards a new 311 service for the community, a communication system which offers non emergency access for city services and information.

If approved by the CRTC it is expected to be in place by the start of 2017 and will make Prince Rupert only the third city in British Columbia to introduce the service, and the smallest in population in the province to use the communication process.

The City's Communication officer Veronika Stewart offered up a preview of the new world of citizen engagement for CFTK TV last week.

Some of the key elements related to the initiative noted by Ms. Stewart were:

Since there was no discussion during the council session, we don't have any indication if all Council members are on board with the plan, or how long the City has been exploring the need for the service.

All of which may leave residents with a few questions when it comes to the latest initiative from City Hall.

Not offered up for the public to this point has been any background as to why the City believes that the 311 service is required at this time, or how much it will cost the city to implement the program.

As well, no mention was made if there will be any additional cost for residents on the monthly phone bill for the service, or whether there will be a need to hire more staff for the City to take on the tasks required of the program.

The employment issue is one item that might be of interest to council members, as that has become an issue that has made for a talking point in larger cities as the service expands.

In Vancouver when the program was introduced in 2009, the number of employees required to answer the phones at that time was 12, this year the city of Vancouver notes that there are over 100 employees in place to run the system.

Such is the nature of that growth that the 311 service in that city is at the point now where Vancouver City officials are looking for ways to keep the service from growing out of control.

Vancouver 311: Is feedback line a victim of its own success?

You can explore some of the features of the Vancouver version of the 311 service here.

While the proposal is still in the early stages, City Council may wish to offer up a bit more background for residents on how 311 will work in Prince Rupert and how much it's going to cost to deliver the program.

While the City may wish to be leaders when it comes to the way it communicates with its residents, there is probably a reason why to this point, the 311 service is limited mainly to large urban areas which have the financial resources to deliver the program.

With only a short thirty second note in passing at Council last week to go on so far, there would seem to be the need for a bit more 411 for residents from their elected representatives, offering up some background as  to what 311 will mean for the community and what vision that the Mayor and Council have for the service once it's in place.

Email ThisBlogThis!Share to TwitterShare to FacebookShare to Pinterest
Labels: 311 service for Prince Rupert