Council sends Lot 444 amendments back to staff for revision 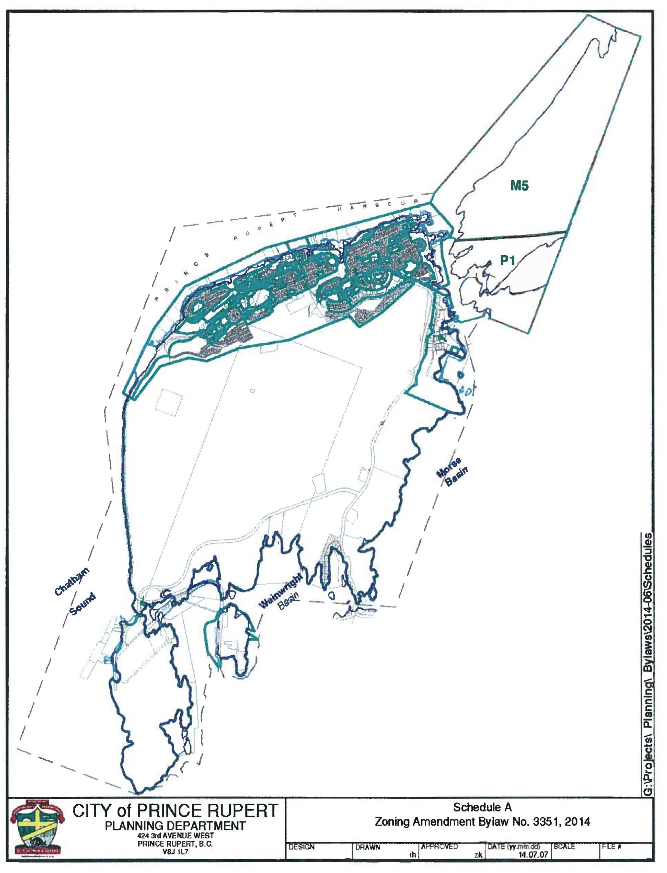 Concerns over the wording of a proposed revision to bylaw amendments over land usage of Lot 444, have resulted in City Council deciding to send the proposals back to city staff for further work, including clarification of wording and the opportunity to provide for a better map outline of the area in questions.

Lot 444, is the parcel of land that the city acquired when it expanded its boundaries earlier this year, the latest discussion on the use of the land comes as a proponent of LNG development, Mobil/Exxon recently outlined its plans for a portion of the land to be used for an LNG terminal development on the east side of the city, across from the Seal Cove region.

At the August 18th Council Session, City Planner Zeno Krekic outlined the background to the amendment plan for the two bylaws, some aspects of which did not find full acceptance from City Council.

(Review the proposed changes from the City Council Agenda of August 18, pages 22 to 29 )

The original plan for the August 18th session was to rescind the bylaws previously approved in July and re-word them to amend the two bylaws with a change of wording.

The pushback of sorts began, first with Councillor Thorkelson who had concerns over the wording of the revisions from page 28 of the Agenda information, suggesting that the land in question be limited only to potential LNG development and that references to other heavy industrial options be removed.

She also had concerns over the impact on the Quality of Life plan, calling attention to a section that referenced the area for other uses other than LNG development. Offering up the thought that if they rezoned the land and any potential LNG project did not go forward, then the land could be used for other industrial use.

Councillor Cunningham had thoughts regarding the boundary between the proposed LNG development area and other aspects of Lot 444, particularly that of the city's watershed to the east.  He offered up an observation on the nature of the City's current map of the area and the limitations that they provide for, going so far as to suggest that the city make use of the maps compiled by Exxon/Mobil for further review.

Councillor Garon also inquired as to the nature of the City's mapping abilities and the impact that it may have on the information that Council is being provided with.

Councillor Thorkelson then suggested that the report from Mr. Krekic and the amendment recommendations be returned to staff for further action before it returns to Council.

Mr. Krekic and City staff were then directed to attempt to seek out access to those maps from the energy companies, while the proposal for the bylaw revisions was returned to staff for further consideration of the issues that the Councillors had raised during the discussion.

You can review the past work on Council on the Lot 444 theme below:

The full account of the August 18th session which sends the entire process back to staff for re-wording and review can be found from the City's Video Archive.  The Lot 444 discussion starts at the 11 minute mark and continues through until the 24 minute mark.

More background on the Tuck Island LNG proposal can be found here.

For more items of note on developments at Prince Rupert City Council see our archive page.