Residents of Haida Gwaii may soon be "flying over" their usual destination of Prince Rupert, as a new air service is set to debut to link Masset with Terrace.

Masset Mayor Andrew Merilees took to his twitter feed on Tuesday evening, to reveal some of the background on the soon to launch air service.

A transportation link which will see the two communities linked by air, with service on the 237 kilometre route to be provided by Air Tindi.

Air Tindi is a Yellowknife based airline that runs a variety of flight services across the Northwest Territories, both on a scheduled and charter basis. 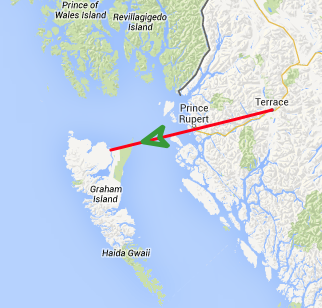 According to the Mayor, the service between the two communities will run three days a week, with the length of the flight time to be 27 minutes from airport to airport.

No details on the proposed service have yet to be posted to the Air Tindi website, which features a review of the inventory of aircraft options that the airline has to offer.

The North Coast Review will offer up more background on the new service to the Northwest, as further information is released by the aviation partners in the new venture.

For more items of interest on Air Transportation across the Northwest see our archive page.

Update:  Mayor Merilees offered up a revised flight plan of sorts for the upcoming service debut, outlining that the flight will be fifty five minutes long gate to gate, making use of Air Tindi's duel prop Otter. 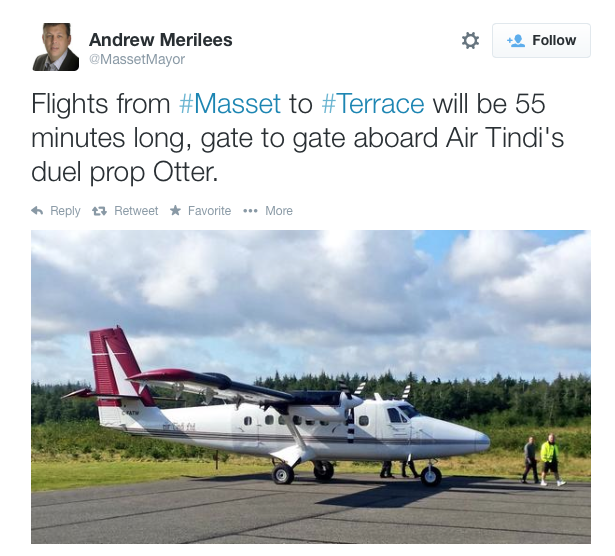