Mayor Lee Brain will apparently be travelling solo when November's Cities fit for Children Summit comes around, that after Prince Rupert City Council voted to approve the trip south of Tuesday evening.

During the course of discussion on the topic at Tuesday's council session a number of council members suggested that only one person should be offered the opportunity to attend, with Mayor Lee Brain recommended as the city's representative.

The approval for the trip came after a short review of the proposed journey by Corporate Administrator Rory Mandryk, who noted that the cost to send one representative to the event would cost the city close to 1,900 dollars. 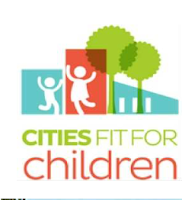 Last month, Prince Rupert City Council had tabled the request from the Success by Six program to send participants to the conference, allowing Council members to give consideration to whether they wished to attend the November meeting.

Following his overview, the Corporate Administrator asked that those members of Council that were interested in attending to advise city staff accordingly.

From that point, Councillor Kinney put forward the suggestion that only Mayor Brain should attend the function, noting that he didn't believe that there was a need for a large delegation from Prince Rupert.

"I would like to suggest that the Mayor should attend this, I don't see why we all should have to go, but somebody should be there for sure."

Councillor Cunningham echoed Councillor Kinney's thoughts, noting that one person could take notes from the event and report back to Council.

"I would tend to agree, cause you know 1900 dollars is 1900 dollars and if you start to add up to five people go and that close to 10,000 dollars, if just one person goes he can bring back all the information to us"

As for the cost, Councillor Randhawa had inquired of the City's Financial Officer if there was money available for the Mayor to make the trip and was advised accordingly that there was.

With those comments noted, Council voted in favour of the Mayor's attendance to the event.

Mayor Brain noted that the proposal for the city to attend the conference was brought to Council by the Success by Six organization, he then offered up some of his thoughts on the nature of the conference and what could be realized from it.

The Communities Fit for Children Provincial Summit takes place from November 12 to 13.

You can learn more about the conference from this information page from the City of Vernon.

A review of the three minutes of discussion from the City's Video Archive starting at the 13:30 minute point.

Email ThisBlogThis!Share to TwitterShare to FacebookShare to Pinterest
Labels: Council votes to send Mayor to Cities Fit for Children Summit in November