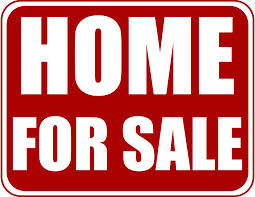 There has been a bit of a shake up in the Prince Rupert real estate sector as the industry heads into what could be a fairly interesting year in 2017,  particularly as the community waits with anticipation building for some definitive answers when it comes to the local economy.

The holiday season that just wrapped up has seen a pair of local realtors changing affiliation for 2017, making for what could be the most competitive local market for clients in a few years.

Ringing in the New Year in a new location and joining forces with Gordon Kobza, will be Thai Pham and Michael Sluka who head into 2017 working under the Realty Executives brand in Prince Rupert.

The shift in firms makes for a bit of a shake up for the local industry, though when it comes to the remaining two realty offices, the rosters (minus two) will look much the same as they did as 2016 came to an end.


Royal Lepage Realty hosts eight realtor's to handle the office files, they include


Remax Realty also starts 2017 with the same group of agents that bid 2016 adieu, included on the Remax roster are:

The last few months have seen a bit of slowing down on the pace of transactions, with the uncertainty over the prospects of LNG in the region starting to impact on the market.

There have been some positive trends for the local economy with recent announcements for the AltaGas terminal at Ridley island and the Phase II expansion of the Fairview container terminal.

However,  until the community hears of a positive Investment decision for the list of LNG projects in the region or a definitive large scale expansion of the Container Port, it's unlikely that we'll see a return to the frenetic pace of real estate moves of a few years ago, a period on the local real estate scene that seemed fuelled by speculation on LNG prospects more than anything else.

Starting Sunday we will return to our weekly tracking of real estate developments with our Real Estate Tracker page picking up the trail of the top ten listings on the North Coast on a weekly basis.

You can also find more information related to North Coast Real Estate, including links to the websites from local realtors from our archive page here.

Email ThisBlogThis!Share to TwitterShare to FacebookShare to Pinterest
Labels: Realtors change firms for 2017