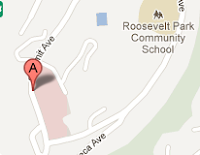 A high profile lawsuit over a Prince Rupert apartment building  has come to an end,  as members of a class action lawsuit withdrew their allegations against well known real estate promoter Ozzie Jurock and two of his associates.

In addition to the withdrawal of the lawsuit,  the plaintiffs also provided Jurock and his associates with an unconditional apology over comments made during the long running dispute.

From that, Jurock and his associates have also dropped their counter suit over those comments they deemed as defamatory.

As well, Jurock  and the associates have agreed to pay the plaintiffs a total of $750,000.

Both sides will pay their own legal costs as the legal proceedings come to an end.

The dispute revolved around maintenance issues at the Roosevelt Apartments,  structure located across from the Prince Rupert Hospital on Summit Avenue. A one time apartment building which has been morphing from units for rent, to condo units for sale over the last few years.

The two sides apparently came to the conclusion, with the assistance of the courts that the nature of their dispute was one that may not see much daylight moving forward over the long term.

Acting on the suggestion that some kind of resolution to their complaints be reached to bring the process to some sense of closure.

The Vancouver Sun highlights the final developments in the case.

The end of the dispute, comes some three years after it first was brought to the courts (and the public's attention), the original lawsuit was first filed in March of 2010.

Over the last few years, Jurock has been mentioning Prince Rupert and other northern communities, as places where investors should look to invest their money with an eye to potential growth.
Posted by . at 2:26 PM

Email ThisBlogThis!Share to TwitterShare to FacebookShare to Pinterest
Labels: Lawsuit over Roosevelt Apts comes to an end