Much to discuss for the Federation in Vancouver

Prince Rupert, like many other British Columbia cities will have a spot reserved in Vancouver these next few days, as the Federation of Canadian Municipalities gathers in conference.

The Agenda for the Municipal gathering from May 30 to June 3 is a rather ambitious thing, with much for communities across the land to discuss and exchange ideas over, when it comes to their relationships with Provincial and Federal governments.

And while there are the policy sessions, information reviews, panel discussions and all of that, there's Trade Show, a chance to learn of any new inventions, or products and procedures that may make the delivery of civic services easier, both in practice and on the budget. 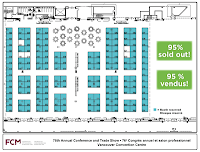 also time set aside for the

One thing we're pretty sure that won't be on the agenda (at least officially) is the recent report on Municipal Spending from the Canadian Federation of Independent Business, one that suggests that Canada's Big Cities (and we imagine a few of their smaller ones as well) aren't handling the public finances with the best possible overview.

That report, "Big City Spenders" has highlighted a number of issues that the CFIB suggests may make life very difficult for Municipalities in the not so far off future. A suggestion that at least on large city Mayor, Gregor Robertson of Vancouver says the CFIB report features "hysterical claims... and have no basis in reality."

We imagine the prospect of Canada's cities facing financial troubles won't be quite the surprise for the Prince Rupert delegation should that topic come up, with the City having just completed it's own lengthy review of budget issues.  (Though we suspect that the Prince Rupert solution, wouldn't find much approval over at the CFIB).

And we're sure that the City's representatives will be more than willing to share some of their thoughts on relations between Federal, Provincial and Municipal levels of government, the topic of grants in lieu of taxes would probably be at the top of their list for discussion..

We imagine he'll have some thoughts to share with Council and the public at the next Council meeting.

Rupertites will be looking forward to learning more about what he and the Prince Rupert delegation have gleaned from their time at the Vancouver conference and how what they discovered over the four days of the gathering, may assist the City in facing it's many challenges ahead.

Below, we'll update items of note from the Conference.

CFNR-- Mayors Across Canada call for plan on Housing Crisis
Posted by . at 9:28 AM

Email ThisBlogThis!Share to TwitterShare to FacebookShare to Pinterest
Labels: Federation of Canadian municipalities meet in Vancouver