Welcome Aboard Mr. Long, here's your To Do list 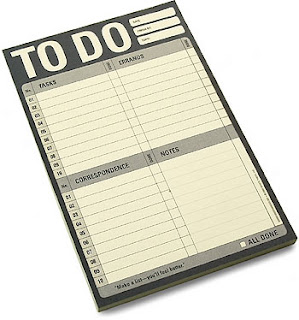 The City's new Manager is but one day on the job, so perhaps he's still trying to keep the coffee maker in sight and search out the key to the executive washroom, but once he's settled in, the job ahead looks pretty full.

As departing CFO Dan Rodin outlined to the public on Monday night, the City's new City Manager Robert Long, was set to take up his duties on Wednesday, May 15th, and the file folders we imagine are piling up as to the priorities of Council heading into the summer and beyond.

With a freshly minted Budget just approved, Mr. Long will be the one to keep track of the nature of the CUPE savings that were apparently key to the Budget just passed by Council.

That will be a project that we imagine will be a long running affair, with the results of the anticipated savings anxiously anticipated by Council members who have put a lot of trust into it all turning out OK.

There's the City's expansion plans to keep on stream, a project that we're pretty sure neighbouring communities will be in touch with him over in short order.

There are hopes that  the Waterfront development plans for the Cow Bay eastbound region will keep moving along.

On that theme of our waterfront,  Council frequently expresses its desire to be kept abreast of all of the plans for development on Port held lands around the city, a process that sometimes will require much in the way of letter writing to summon proponents to discuss things with council.

There's the City owned communications company, which the City has kind of let slip away from it's thoughts of late, resulting in a nasty surprise last month when Council learned that there would be no dividend this year. Council may be suggesting that the new City Manager become a proactive participant in CityWest discussions moving forward.

And then there's the upcoming contract negotiations, with Ferry workers and CUPE workers all destined to be coming to the bargaining table this year.

While watching over that file, he may want to keep an eye on the Vancouver Fire Department negotiations, as we learned from Dan Rodin last week, the City of Prince Rupert's contract with its Fire Department is tied in with the contract that eventually is put in place in Vancouver.

Speaking of the Fire Department and the RCMP as well, still out there one day, is the desire for an Emergency Services building, with the RCMP in the position to have a new structure built for them, without further delay if they should desire. Though good citizens that they are, they seem more than patient.

There's Watson Island and the slow moving nature of the City's legal proceedings with the Chinese owner of the pulp mill site, always a popular topic around the city and at City Hall, though for the most part those discussions are ones frequently held behind the closed doors.

And those are just the BIG picture items.

There's the usual things of concern, road and sewer worries, an aging infrastructure and the desire to upgrade the Civic Centre some day, actually an endless list of concerns and desires that have been deferred over the last ten years.

All Departments will no doubt be in touch shortly to share some thoughts.

Just DON'T mention feral cats to ANYONE, you've been warned...

The To Do list is a lengthy thing, some of the projects need more immediate attention than others.

Just to show that it's all not work on the North Coast, there will be some time for relaxation  we have Seafest approaching in June and we have a dandy airshow coming our way in August.

So enjoy the coffee, get the layout of the office and then get ready to hunker down to the tasks ahead.

The challenges it seems are many and there's more than a few interested observers looking to see how it all shakes out.
Posted by . at 11:21 AM

Email ThisBlogThis!Share to TwitterShare to FacebookShare to Pinterest
Labels: A lengthy To Do list for the new City Manager