While they made quick work of the request for a loan authorization agreement of 7 million dollars for the Prince Rupert Airport Authority (see item here).

Prince Rupert City Council will give the larger issue of Airport Regionalization a little more thought.

As we outlined on the blog on Monday, the proposal that would see the City seek out financial assistance for the airport from neighbouring communities was one of the key items on their agenda for Monday night.

However when the time came for discussion on the topic, Councillor Anna Ashley put forward a motion to defer discussion to a later date. A delay in the conversation on the topic in order to provide Council with a chance to attend a workshop on the topic and expand their review of the various proposals that they have been provided for consideration.

The proposal was first introduced by Mayor Jack Mussallem on June 24th as part of his Mayor's report review.

At that time  he asked the City Manager Robert Long, to prepare a report on the subject.  however the Mayor was not in attendance at Monday evenings session, so his input on the options provided by staff could not be heard. 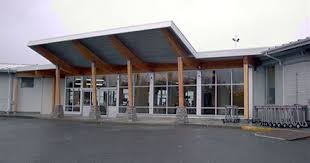 The bid to create a more Regional approach to the Airport's funding, could prove to be a fairly interesting topic of discussion heading into the fall, with the neighbouring communities no doubt keeping a watchful eye on the City of Prince Rupert's recommendations.

Councillor Ashley seemingly would like Council to have a full appreciation of the proposed options, before they take their quest to neighbouring communities.

Council's short review of the topic can be found on our City Council Timeline, the City's Video Archive will provide the conversation from the 1 hour thirty one minute to one hour thirty five minute mark of the August 19th video session.

You can review the report compiled by the City Manager here from pages 89 to 91 of the August 19th agenda.

Council next meets in public session on September 9th.

You car review our past items of interest on the Prince Rupert airport from our Air Transportation archive.

Email ThisBlogThis!Share to TwitterShare to FacebookShare to Pinterest
Labels: City defers discussion on Airport Regionalization to further down the schedule, Prince Rupert Airport