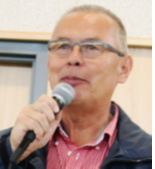 Metlakatla goes to the polls on August 24th, and while the position of Chief has long since been settled, with Chief Harold Leighton re-elected by acclamation, there will still be some votes to cast when the polls open.

In early July, we outlined the nomination process for the election campaign as well as some details on the transportation arrangements that has been provided for on election day, in order to move residents back and forth between Prince Rupert and Metlakatla.

With election day now but two weeks away, the final days of the campaigns are under way. Voters will be sending six councillors back to office when they cast their votes, they will make their choice from a list of sixteen potential councillors when election day arrives.

To help Metlakatla voters head towards their decisions of August 24th, candidate profiles have been submitted to the Metlakatla Community Newsletter.

You can review the snapshot profiles, as well as a short update on Chief Leighton's acclamation here.
Posted by . at 9:37 AM