Northern Health Board Chair named to Order of British Columbia 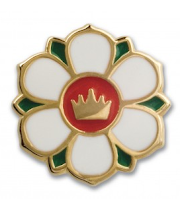 Dr. Charles Jago, the current Chair of the Board for Northern Health and former UNBC President has been named to the Order of British Columbia.

The announcement of last week sees Dr. Jago join 12 other recipients of the provincial honour.

It's the latest of honours for the long time advocate for Health and Education in Northern British Columbia, Dr. Jago was named to the Order of Canada in 2005 and has received the Queen's Jubilee and Diamond Jubilee medals.

There are three members of the Order with Prince Rupert ties.

Takao Tanabe, the son of a commercial fisherman he was born in Prince Rupert in 1926, a world renowned landscape artist and mentor to younger generations of Canadian artists, he was named to the Order in 1993.

Former Prince Rupert resident, Iona Campagnolo was named to the Order in 1998, recognized for her contributions British Columbia both in public service and in her political life. Included in her service to the province, Mrs. Campagnolo is a past Chancellor of the University of Northern British Columbia and was Lieutenant Governor of the Province from 2001-2007.

You can review more about the Order of British Columbia here, the announcement of this years nominations can be found here.

Email ThisBlogThis!Share to TwitterShare to FacebookShare to Pinterest
Labels: Dr. Charles Jago named to Order of BC July 2013