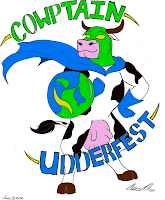 The highlight of the summer theatre scene in Prince Rupert once again arrives at mid-month, as Udder Fest prepares to unleash 4 days of entertainment on locals and visitors alike.

The first sign of this years celebrations, the 15th Anniversary of the festival, is a limited number of 3 show passes, which are now available for only 15 dollars.

These passes for the 2013 edition of Udderfest will be available until August 9th or until they are sold out.

The Festival itself takes place from August 14 to 18, four days of theatre and music, as well as featuring the final stage of Harbour Theatre's children's summer theatre program. 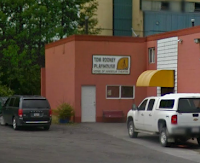 Attracting not only local theatrical talent, but out of town artists as well, the past 14 years of Udderfest have helped to put the festival and the Tom Rooney Playhouse on the British Columbia theatrical map.

The cost to attend this years events are as follows:

We will feature more background on the shows  and entertainment lineup as the details are revealed.

The UdderFest Facebook page can be found here.
Posted by . at 8:24 AM