Wheelhouse takes a taste of the North Coast to Victoria

This past weekend provided the opportunity to spread the word for some of the North Coast's popular ales and beers, as the Wheelhouse Craft Brewery took some of the stock down to the Great Canadian Beer Festival held in the capital on Friday and Saturday.

Through a few snapshots on their twitter feed, the Wheelhouse Crew kept North Coast residents up to speed on the reception that the local brews were receiving during their time at the festival. 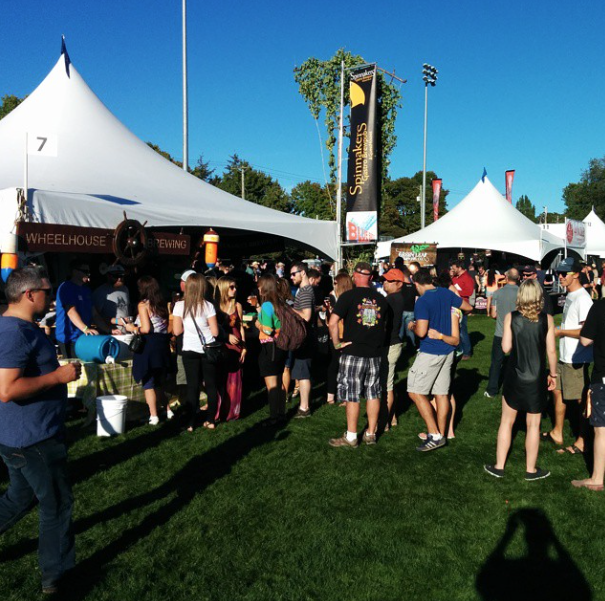 And judging by one view of the events at Victoria's Royal Athletic Park, Southern Vancouver Islanders were making for a patient lot as the line up to sample the North Coast exports proved to be a fairly steady thing.

The local craft brewery brought their highly prized and locally appreciated brands of Flagship, Blacksmith and Gillnetter Ale to the festival. Showcasing a taste of the north that perhaps Island residents had not sampled before.

Fortunately for locals, while the reception to the Wheelhouse lines was positive, there is still stock available on the North Coast for those planning on a trip to the home plant.

You can review some items of note from the 2014 edition of Victoria's annual Beer Festival from their Facebook page, with some news items on the event found below.

For further accounts of the expedition to the south, from the charting of new territory to the opening up those vital trade routes, drop by the Wheelhouse found just above the hill to the Atlin Terminal and sit right back and you'll hear some tales...

You can review more items on the commercial sector across the Northwest from our archive page.