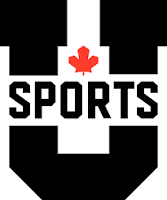 The Canadian University Men's Basketball regular season tips off tonight and as the UBC Thunderbirds and Thompson Rivers University Wolfpack prepare to take to the court, a pair of familiar names from Prince Rupert will be found in the game day program for tonight and tomorrow.

Whether Justin McChesney and Kyler Eckess match up on the court will be up to their respective coaches, but the Charles Hays Rainmakers will be well represented regardless, as the two teams look to get off to a fast start to their 2016-17 U Sports (the new brand for CIS Sports) schedule.

The two teams have spent the last two months ramping up the conditioning and working on their on court strategies in anticipation of the four month sprint ahead.

The teams facing a compact schedule of weekend after weekend of play to come, featuring lengthy road trips and conference rivalries that will lead to conference finals and then if all goes well, the National Championships to be held in Halifax in March of 2017.

Both Rupertites have seen some court time during the pre season, coming off the bench to get the feel for the higher tempo of basketball that the university level offers.

Through the course of the T-Birds five pre season games McChesney saw forty four minutes of play, while Eckess also saw action through the pre-season. Though a full account of his minutes of court time is not available, as TRU did not track their stats during the four tune up games of October.

The Thunderbirds are ranked as the Number Two team in the CanadaWest Pre-Season Coaches Poll. While the TRU WolfPack checks in at Number ten of the Western Canada survey.

Those placements, should they hold firm would find both squads heading into playoff action come March.

Game action this weekend in Kamloops takes place tonight at 8 PM and on Saturday night at 7 PM.

Games are available on a pay per view basis from the CanadaWest TV video service.


Some previews of the weekend action ahead can be found here.

A third Rupertite will also be in action in University ball this weekend, as Celina Guadagni's VIU Mariner's are back in action with two games on the schedule from the Nanaimo Campus.

Tonight the Mariner's take on the Douglas Royals at 6PM, while Saturday the Capilano Blues provide the opposition in a Saturday afternoon match up starting at 1PM.

As we outlined earlier this week, the first week of play on the CCAA schedule made for an impressive 2016-17 for Ms. Guadagni who led her team in scoring and made some key plays during the course of the Mariner's opener.

The VIU games are available for viewing from the Shaw Cable Nanaimo YouTube feed here.

You can follow the progress of all of the Prince Rupert athletes through the year from our archive page here.
Posted by . at 9:53 AM

Email ThisBlogThis!Share to TwitterShare to FacebookShare to Pinterest
Labels: Justin McChesney Kyler Eckess Celina Guadagni all in action this weekend in University B Ball