Update: In what can only be called a surprising development related to the release time, the Supreme Court of Canada announced a  7-2 decision in favour of the British Columbia Teacher's Federation a decision delivered short hours after the hearing took place.   The normal timeline of delivery of decisions from the Supreme court in the past has been noted in months not hours.

Our original item is listed below,  Notes on the Supreme Court decision can be found at the bottom of the page.

It's been a date circled on many a BCTF member's calendar for months now, with the Supreme Court of Canada in session today to hear a case that has been fourteen years running, the court calendar in Ottawa marking the final chapter of a lengthy engagement over the language in teachers' contract.

The heart of today's proceedings will be whether the British Columbia government will be required to restore language related to class size, composition rule and specialist teacher ratios, an issue that goes back to 2002 when the province made use of legislation to strip teachers of their right to bargain class size and composition.

Subsequent court appearances and government legislation would follow over the course of ten years, as well as the delivery of the provincial government's Bill 22 of 2012, legislation that temporarily limited teacher bargaining on class size and composition.

The discussion on those issues has marked for much of the lengthy animosity between the two sides for much of the ten years from 2002-2012, a period of time that featured labour disruptions and strong political battles between the government and the BCTF. 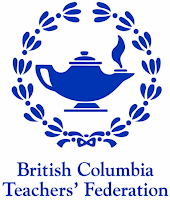 While the two parties have since found some common ground at the bargaining table, including the negotiation of a six year contract between the government and the BCTF reached in September of 2014, the Supreme Court appearance will put the collective bargaining issues in the spotlight for one final ruling.

How the Supreme Court rules could have a significant impact on how School District's across the province make plans for staffing levels for the future and how the provincial government addresses funding for education.

The outcome of the case is also finding much interest in the rest of Canada, with the eventual ruling from the Supreme Court expected to have an impact on labour relations across the country.

However, while the two sides may be making their case to the Court this morning, the end of the process won't come today, or any time soon for that matter, generally it is a six month wait between the time the Supreme Court hears a case and delivers a decision.

The court case is subject to a publication ban and won't be part of the Supreme Court's live webcast listings for the day, but an archived version of the proceedings may be available at some future time.

The short synopsis of the case provided by the Supreme Court can be reviewed here.

Some excellent background on today's hearing can be found below:

A look at education notes and issues for the Northwest can also be reviewed from our archive page here.

Update: Notes on the Supreme Court decision delivered on Thursday.

Email ThisBlogThis!Share to TwitterShare to FacebookShare to Pinterest
Labels: Supreme Court hearing on BC contract language