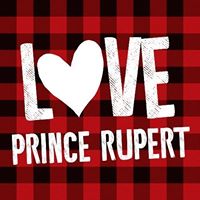 Over the course of the last few weeks, your television has been overwhelming you with visions of Black Friday shopping, that uniquely American event that has become part of the Canadian experience in recent years, a theme that developed and became more common as on line shopping began to take hold of the nation.

And while Canadians once could only count on Boxing Day for a chance to buy in volume and at a reduced price, such is the nature of Black Friday's pull from South of the border, that even some of the local merchants on the North Coast are now offering a range of deals as this Friday approaches.

The focus on the online bargains and offerings of the larger chain stores is one that small local based businesses has had to find ways to deal with. And this year business operators on the North Coast are taking a new and intriguing approach to bringing customers into their stores and services as well.

This Friday the Love Prince Rupert organization is launching Plaid Friday,  described as an alternative to the Black Friday theme and one which they explain weaves the individual threads of small businesses in the community into a strong fabric that celebrates the diversity and independence of the local business scene.

Participating businesses are making plans to showcase their local roots by finding something plaid to wear to the store and invite customers to do the same. All part of the celebration of the alternatives that are available to Big Box Black Friday approach.

Though one suspects that if the customers skip the fashion statement, local business owners will still welcome them as they come through the door stylishly dressed in plaid or not ...

To help remind North Coast shoppers as to just what's available right here in the city, Love Prince Rupert features a comprehensive listing of those businesses that have become involved in the local program to raise business awareness.

More notes on the North Coast Commercial class can be found here.
Posted by . at 10:38 AM