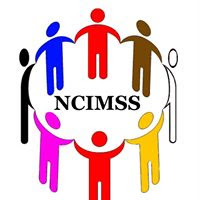 The North Coast Immigrant and Multicultural Services Society in Prince Rupert is one of seven organizations across the Northwest to receive funding to develop initiatives to challenge racism and celebrate diversity.

Yesterday, the Provincial Government announced a total of $48,750 in funding for the programs which will use a common goal to address racism in British Columbia communities, the Prince Rupert portion of the funding will come to $6,750.

The North Coast Immigration and Multicultural Society was formed in 2010 and partners with regional and community groups to help deliver settlement resources for newcomers to the North Coast and promote cultural diversity.

Their work in the community is handled through the offices of the Hecate Strait Employment Development Society on First Avenue East.


Further notes on the funding announcement from Tuesday can be reviewed here. 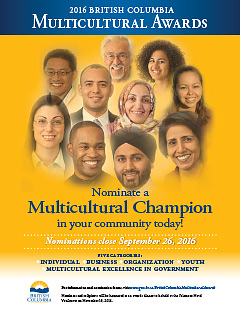 Nominations for the five categories available for the event closed in September, you can learn more about the Multicultural Awards here.

In Prince Rupert the local society will be hosting a Multi Cultural Fair on Saturday, November 26t at at the Highliner Inn. You can find out more about that event or get more information related to their work in the city by contacting them at 250-624-9494.

You can keep up to date on the work of the Prince Rupert organization through their Facebook page.
Posted by . at 9:36 AM