The BC Liberals offered up an indication as to how they plan to approach the need for affordable housing in the province on Tuesday.

The news delivered at an event in Surrey which saw Premier Christy Clark and Deputy Premier and Housing Minister Rich Coleman providing the snapshot of their latest program.

While the majority of the spaces will be directed to the larger population centres of the province, the North Coast was featured in five of the 68 projects province wide. The local plans making for a more modest scale, the majority of the initiatives to be delivered by First Nations in the region.

Two streams of provincial funding are being utilized for the projects announced on Tuesday.

Between the two funding programs, the Province noted that a total of $855 million towards affordable housing across British Columbia.

You can find out more about the new housing plans here.

As part of the background to its announcement on Tuesday, the Province listed the projects allocated to the North Coast that will receive funding from the program.

Few details were released about the Prince Rupert area projects during the course of the announcement, with notes on location and the type of housing yet to be delivered.

The Prince Rupert area is destined to see 2 projects providing for 60 units. One to be delivered through the Metlakatla First Nation the other through a funding arrangement with Gitxaala Nation/Kitkatla First Nation. 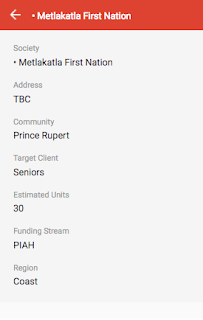 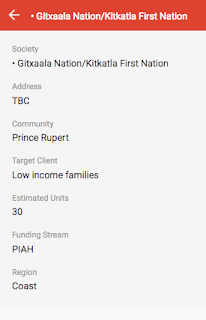 Lax Kw'alaams will also see 2 projects moving ahead to a total of 18 units. 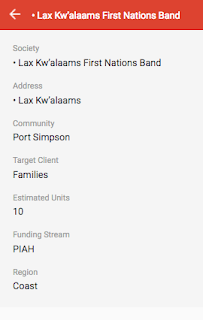 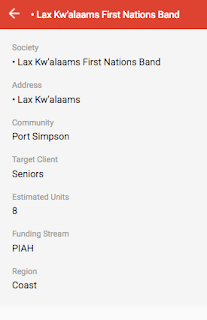 Port Edward will feature one project of 8 units, described as dedicated towards Senior Citizens. 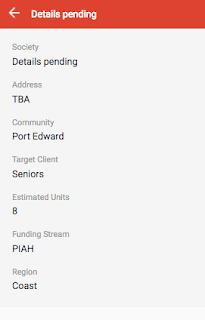 Elsewhere in the Northwest, Terrace is pegged for 1 project to provide 45 units to that community, that housing initiative will be delivered by the Ksan House society. 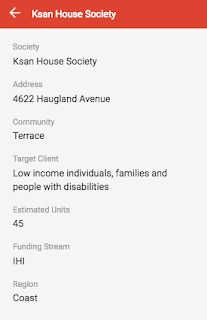 No time lines have been offered up as to what the projects may look like, or when they will be completed and available for those seeking accommodation. The background to the new initiatives left to Port Edward and the area First Nations to expand upon at a later date.

The addition to housing options for the region, could serve to reduce some of the pressure currently being found in the Prince Rupert area.

The City of Prince Rupert has spent much of the last two years looking at ways to help reduce the housing crunch in the community, though there have been few updates delivered by Council when it comes to the progress of that initiative over the course of the last few months.

More items related to housing issues in the Northwest can be found on our archive page here.