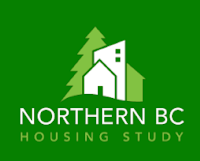 Housing issues across Northern British Columbia made for the focus of the Community Development Institute last week, as the UNBC based organization hosted a housing symposium to review many of the challenges that have been found in communities in all corners of the northern region of the province.

The highlight piece to the event was the release of the Northern BC Housing Study, which provided a comprehensive look at the issues for those communities and included in that review was a segment dedicated towards Prince Rupert.

The summary page of their findings offers up some interesting notes no the local scene, offering some important background to how City Council may wish to approach the theme of housing and development of housing stock for the years ahead (click below to expand). 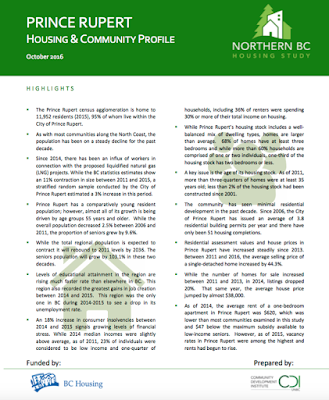 Snapshots of the items above include:

Population:  The CDI report notes that the Prince Rupert Census agglomeration is home to 11,952 residents as of 2015, 95% of whom live in the City of Prince Rupert. Numbers which for the most part mirror the findings from BC Stats released at the start of this year.

That observation on population will probably be a bit of a disappointment for the City, which had conducted its own survey in 2015, part of their LNG GO Plan survey.

The results from that study had outlined how the City of Prince Rupert had estimated the population at just under 14,000 residents.

Population Make Up and Trends:

Prince Rupert has a comparatively young resident population; however, almost all of its growth is being drive by age groups 55 years and older. While the overall population decreased 2.5% between 2006 and 2011, the proportion of seniors grew by 9.6%.

While the total regional population is expected to contract, it will rebound to the levels found in 2011 by the year 2036. By the time the next two decades have passed it is expected that the Seniors population will have grown by 103.1%.

When it comes to housing the study provides a glimpse into the nature of the housing stock, the pace of new development and the cost found on the North Coast.

Housing Stock: A well balanced mix of dwelling types, with homes larger than average. 68 per cent of homes have at least three bedrooms and while 60 percent of households are comprised of one or two individuals, one third of the housing stock has two bedrooms or less.

A key issue related to housing stock is the age of the city's residences. The study found that as of 2011, more than three-quarters of homes were at least 35 years of age or older, with less than than 2 percent of the housing stock constructed since 2001.

The community has seen minimal residential development in the past decade. Since 2006, the City of Prince Rupert has issued an average of 3.8 residential building permits per year and there have only been 51 housing completions.

As of 2014, the average rent of a one-bedroom apartment in Prince Rupert was $620, which was lower than most communities examined in the study and $47 below the maximum subsidy available to low-income seniors. However, as of 2015, vacancy rates in Prince Rupert were among the highest and rents had begun to rise.

Many of those themes are expanded on during the course of the fifteen pages that are provided for the Prince Rupert review as part of the larger overall study on housing in the North portion of the province.

The Conclusion of the Prince Rupert overview provides for a look at the twin themes of the prospect of future economic growth and how the City will need to address the impact from that growth on the level of housing requirements for residents of the city.

The community of Prince Rupert is preparing for the massive influx of workers and economic activity that will arrive should any of the proposed LNG projects in the region receive the go-ahead. The stock of affordable housing is already at a premium, and further increases to the already elevated housing and rental prices are poised to critically impact low and middle income residents in Prince Rupert, especially seniors and vulnerable populations.

While there is not a shortage of physical dwellings, there is an extremely limited supply of safe, appropriate, and affordable homes available in Prince Rupert. Future development will therefore need to engage landowners and industry with a focus on renewing the housing stock and adapting homes to the needs of the growing proportion of elderly residents and working visitors.

The full study related to the North Coast can be examined here. 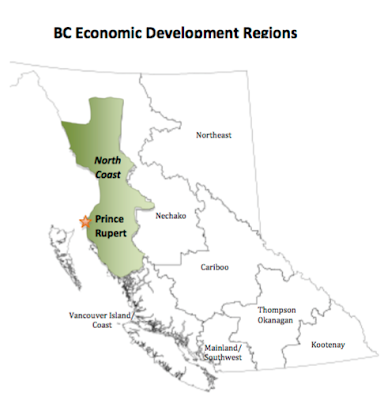 The Community Development Institutes Northern BC Housing study was funded with assistance from BC Housing and provides the most comprehensive look yet into the various elements and challenges of housing for the region.

Three other Northwest communities, Smithers, Terrace and Kitimat were also included as part of the Housing review.

The documentation related to housing to all of those communities can be found here.

The CDI is a major participant in the City of Prince Rupert's Redesign Rupert initiative, you can review some of their work to this point from our archive page here.

More notes from the CDI Prince Rupert office can be found on their website and Facebook page.

Our review of past items of interest related to housing can be found on both our Housing archive page and from our reports on the work of Prince Rupert City Council.
Posted by . at 12:09 PM