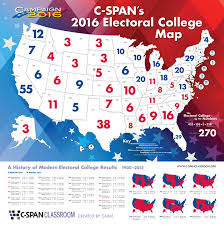 It's Election Day in the USA, and the polls have been busy since they opened in the east hours ago. Bringing to an end what has seemed like a never ending campaign and sending Americans to the polling stations ready to record their decision on which candidate will call the White House home for the next four years and chart an economic and political agenda which will have far reaching consequences far beyond the US borders.

And while it is mostly an election of curiosity for residents of the North Coast, the results could deliver some important ramifications for how we develop our industry and move resources and trade across the US/Canadian border.

The verdict from the American voter this evening will provide some indication as to the mindset ahead for American policy on issues of trade concerns, with Republican Donald Trump making much of his campaign focused on how he would end a number of current trade agreements.

Something which would have a significant impact on global trade that enters the United States, some of which rolls out of the Port of Prince Rupert every day. 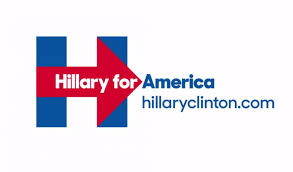 For her part Democratic candidate Hillary Clinton has also heard the concerns in America on the issue of global trade, offering up the prospect of something called a Trade Prosecutor and suggesting that for her the current Trans-Pacific Partnership isn't quite the priority for her that it has been for the current President.

Though when it comes to that wide ranging Trade agreement many observers suggest that she may be inclined to support the global trade arrangement should some modifications towards it be found.

Softwood lumber issues also could have an impact on the Northwest and the remaining mills that still produce lumber products for export, while the export of oil and gas could also be in the spotlight once a new President is sworn in to office in January.


Another area for election viewers to watch for as the results come in is how the House and Senate races play out, it's those two legislative bodies where much of the day to day trade irritants related to Canadian/US relations play out for the United States.

That's where the "Buy America" concept came from, something which North Coast residents are aware of owing to the issues related to renovation plans for the Alaska Marine Highway System terminal in Prince Rupert.

Also of note for the North Coast is how those bodies view the impact of Canadian ports on their own facilities up and down the Pacific coast.

Over the last decade Port operators in Washington State, Oregon and California have frequently made their concerns over both the Port of Vancouver and the Port of Prince Rupert known to their local politicians. With the American ports calling for action against what they say is unfair competition coming from above the 49th parallel.

Should economic conditions in the US continue to affect the workforce on the American waterfronts, those concerns may gain more traction with the American legislators and administration once everyone is out of their election cycle and back into their governing mode.

Something which the Canadian government will have to be proactive on, in order to keep watch for any potential troubles for our own trade gateways.

While there has been some attention to what a successful outcome for the Democrats may mean for Canada, for the most part the Canadian media has put the majority of the focus on their "what if's" on themes that might come with a Republican victory tonight.

As you watch the returns, a few items to put things into a Canadian perspective for the evening.


How a Trump Presidency would affect Canada's economy
Donald Trump Presidency will be 'very difficult' for Canada, analyst says
Canadians brace for U.S. election impact
How will the U. S. Presidential election affect Canadians? Okanagan College professor weighs in
How a Donald Trump Presidency could affect Canada
Canada preparing for all outcomes of U. S. election
Clinton vs. Trump: What their economic policies mean for Canada
What the U.S. election results mean for Canada
Canadians worry a Trump Presidency will jeopardize US Trade relations
Five U.S. election races Canadian businesses should watch
US election results will have little to no effect on trade relations with Canada
In the U.S. and Canada, the founders always feared a Trump
What if Trump Wins?
Trump has crashed the Republican Party, and it'll never be the same
Canadian exporters' fortunes to decline after November 8
Clinton, Trump and BMO's 'Rocky Horror Election Show'
The softwood lumber war is back, so prepare for a long fight
Canadian executives worried that protectionism could hurt trade
How Donald Trump could wound Canada deeply
A No Win situation for Canada in U.S. election: economist
Trudeau remains diplomatic on working with Trump or Clinton
Canada-US relations will endure acrimonious election: American envoy
'If it's Trump, all bets are off": What would a Trump or Clinton presidency mean for Canada
Canada/U.S. border deal stuck in legislative limbo and will depend on lame-duck Congress to free it
Why Canada needs to continue to fight the tides of protectionism in the U.S. and the world
Both Clinton, Trump bring trade troubles
Painful choices, but Trump poses less danger
At Issue Panel: The U.S. election and Canada
Donald Trump in the White House? Canadians are increasingly worried about it

Email ThisBlogThis!Share to TwitterShare to FacebookShare to Pinterest
Labels: US Election Day 2016