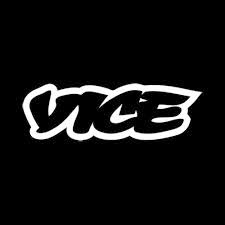 With the reporters from VICE taking on stories and offering background that sometimes is missed by the more traditional media groups.

Beyond their weekly productions for HBO Canada, VICE also hosts a website  and YouTube site full of much of their work and other items that their editorial and reporting staff have found to be worthy of follow up.

One item we came across on the Vice website this week, is the proposed pipeline and oil terminal project proposed by Calvin Helin through the Eagle Spirit Holding Group.

Discussion on that proposal has started to percolate in recent months, particularly after the vote in Kitimat that provided for a less a rejection of the Enbridge project by those that voted.

Mr. Helin touches on the Northern Gateway proposal and the Kitimat vote as part of his interview, providing his observations on the setbacks that the project has faced in communities across Northern BC.

He also makes mention of the term "social licence" the new talking point it appears when it comes to any form of development in Northern British Columbia.

"Social Licence" was a term that first came up last fall through a household mailer sent out by NDP MP Nathan Cullen.

Since that time, the concept of the Social Licence has been used in discussions ranging from any number of proposed developments in Northern BC, focusing mainly on the mining, forestry and LNG extraction proposals of late.

How that Social Licence concept may impact on the large scale projects proposed for the region has yet to be fully outlined thus far however.

As for the Eagle Spirit Terminal project that is proposed for the Grassy Point area of the North Coast, Mr. Helin provides much the same background on it as he has in previous interviews. Highlighting the Grassy Point option as a better location than what Enbridge had proposed in Kitimat.

He also reviews for VICE the concept of the proposed synthetic crude oil upgrader that would be built to ship the processed product to world markets.

The interview doesn't offer up much in the way of new information on the project, nor does it outline the fact that not everyone in Northern British Columbia is on board with the Eagle Spirit proposal.

However, it does suggest that the project is gaining some interest beyond the Northwest, which should serve to move the conversation further in the months to come.

You can review the full interview from the Vice website here.

For some of our background items on the Eagle Spirit Holdings project see our archive page here.
Posted by . at 9:09 AM