Two from the Northwest to receive Order of British Columbia 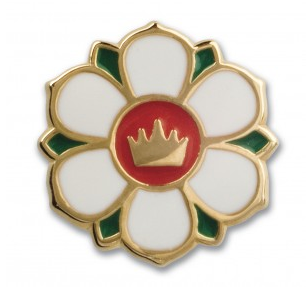 This years list of honours for the Order of BC have been released by the Lieutenant Governor's office, with twenty five deserving British Columbians to receive the accolades for 2014.

Among those twenty five are two leaders from the Northwest who have provided dedication and inspiration to their communities.

The second honouree from the Northwest is Chief Councillor Ellis Ross of the Haisla Nation, his leadership of the Haisla over the last nine years. His forward thinking and accomplishments on issues of  education, community facilities, job creation and economic partnerships were highlighted as part of the review of his work on behalf of the Haisla.

The two northwest members of this years Order join a rather impressive list of British Columbians to be honoured in Victoria on November 6th at Government House.

Among the who's who of BC for 2014: developer Bob Rennie, British Columbia hockey legend Pat Quinn, former Senator Len Marchand and author and artist Douglas Copeland.

You can review full biographies on Chief Moore and Chief Ross as well as all of the Order of British Columbia recipients from this item from Order of BC website.

More background on the Order of British Columbia can be found here.
Posted by . at 11:11 AM

Email ThisBlogThis!Share to TwitterShare to FacebookShare to Pinterest
Labels: May 2014, Two Northwest residents to receive Order of BC in the fall