It may not be within the city's municipal boundary, but with dwindling recreation sites for the community, Prince Rupert council offered up some thoughts on the concerns of local residents when it comes to a regional recreation site.

Councillor Carlick-Pearson recounted some of the complaints she has received about those that are using the Taylor Lake recreation site as form of permanent campsite, as opposed to the daily only use that most believe is designated for the area.

The area in question, located just off of Highway 16 eastbound before Prudhomme Lake is a popular 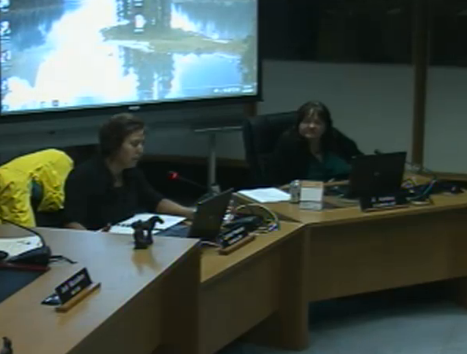 day site for local residents looking to find a quiet spot near the water for family outings.  However, as Councillor Carlick-Pearson relayed to Council, in recent years more and more motor home and trailer owners have been setting up shop on a rather semi-permanent basis.

With the location for the most part limited to day use only in the past, Councillor Carlick-Pearson put forward a motion that the City forward a letter to Port Edward Council asking that they look into the issue further.

She also suggested that perhaps a meeting between the two Council's might better put forward the concerns of residents in the region who fear being squeezed out of yet one more recreation option within a reasonable driving range.

The Mayor suggested including the Province as a destination as part of the letter writing campaign, urging that action be taken to eliminate the overnight camping at the site.

Councillor Ashley also suggested that the letter campaign could prove to be a pre-emptive action, offering her concerns that as the economic development prospects improve in the region, those arriving to look for work or work on projects could make use of the site as residence option.

You can review some of the discussion on the issue from the Council Video Archive, the Taylor Lake discussion takes place from the 56 minute mark of the night's work.

For more items on developments at Prince Rupert City Council see our Archive page dedicated to Council issues.
Posted by . at 11:35 AM