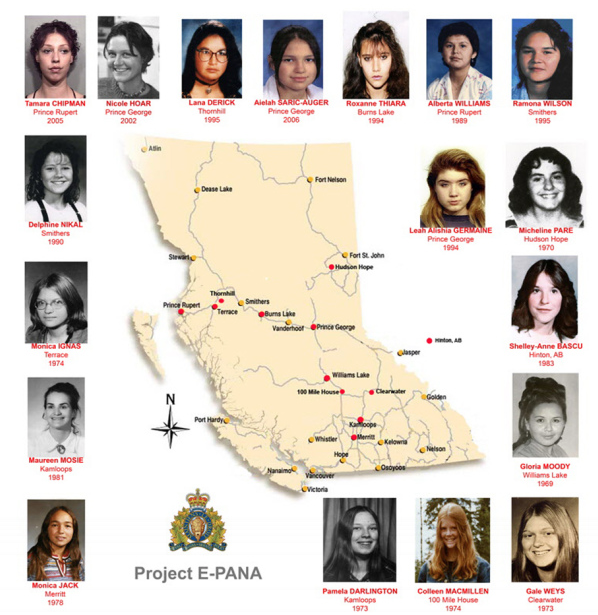 In a weekend article from Canadian Press on the lack of movement on many of the issues of the Highway of Tears, Prince Rupert Mayor Jack Mussallem weighed in on the theme of transportation options for residents of Northern British Columbia.

Offering up some commentary on the need of an improved transit system for Northern BC, comments that have made for a fair bit of national attention in the last few days.

The review of the infamous stretch of Highway 16 between the North Coast and the Alberta border was part of a story from reporter James Keller, who examined the progress, or lack of actually, of some of the recommendations from Justice Wally Oppal's 2012 Report.

"Women are still going missing":  Despite assurances , no progress on B.C.'s infamous Highway of Tears

When Justice Oppal delivered his report, one of the many recommendations offered up for consideration of the Provincial Government, was an endorsement of the  call from First Nations leaders for a shuttle bus system to be developed for their isolated communities.

That request from First Nation's leaders was first made in 2006 and eight years later, there has yet to be any tangible evidence that the proposal has been given much in the way of thought from the province.

Prince Rupert's Mayor provided the sense of concern over that lack of action from the Province as part of the weekend story from the national news service.

“I don’t know who they’ve been talking to, but they haven’t been talking to the mayor of Prince Rupert,” ... “I’m starting to get a little concerned about whether or not we’re going to see anything. … It’s not an issue that’s going to go away, and hopefully it’s somewhere on their priority list.” -- Mayor Jack Mussallem, on a lack of commitment of the province on improved public transportation in Northern British Columbia.

The desire for the shuttle bus proposal has been one of the key concerns of North Coast MLA Jennifer Rice, the NDP MLA has made a number of requests and presentations to the Legislature in recent months on the topic.

You can review some of her efforts on the topic from our Legislature Archive.

As we outlined on the blog last week, the BC Liberals have continued to deflect the issue of the shuttle bus in the Legislature.

A strategy that clearly hasn't gone un-noticed as the national media begins to make note of the timeline between the request for action and the lack of information on the topic that is being delivered by the Liberal Government.
Posted by . at 11:32 AM

Email ThisBlogThis!Share to TwitterShare to FacebookShare to Pinterest
Labels: May 2014, More calls for Highway of Tears shuttle arrangements