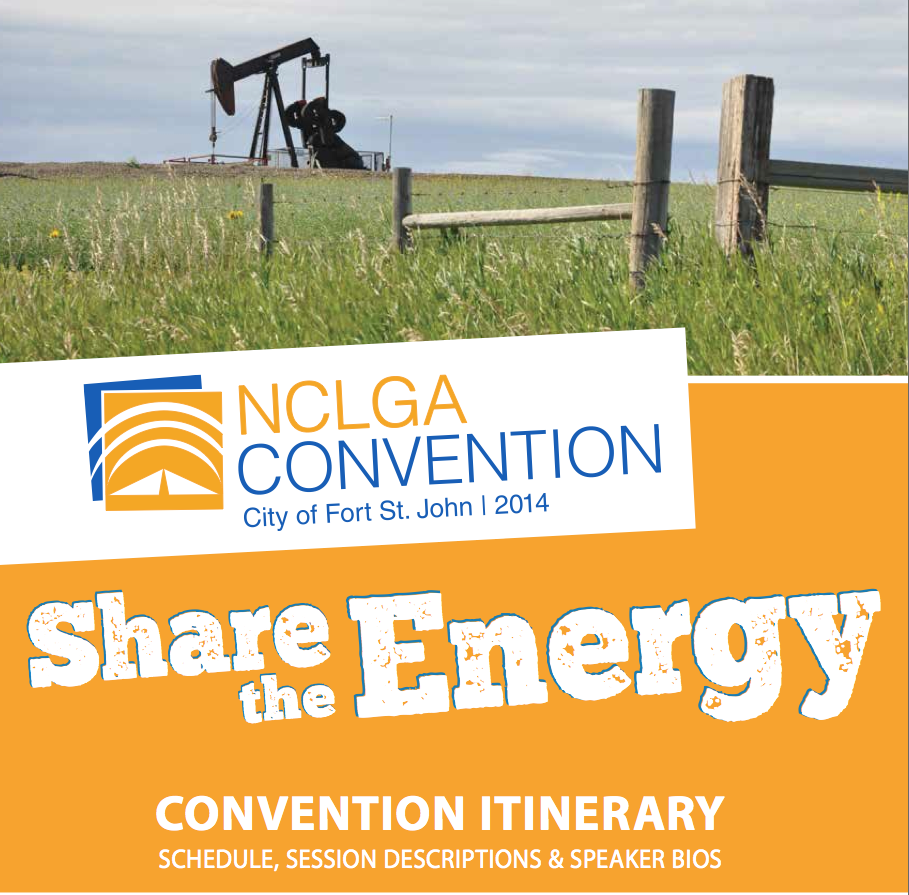 Today is business day for the members of the North Central Local Government Association, with delegates to the convention settling in to discuss a wide range of topics and share concerns about municipal issues common to many communities of Northern BC.

The actual convention was launched on Wednesday, but for the most part the day was dedicated more to the "get to know you" aspects of conventions.

Delegates from the Northwest and other regions of Northern BC took part in a number of events from tours of local energy sites, to golf tournaments and a trade show taking place in conjunction with the convention.

As well, the welcome reception took place last evening, a chance for delegates to socialize and network before they get to some of their agenda items of the Thursday sessions.

Today's listings make for a fairly full day of events for those in attendance to take in following this morning's Opening Ceremonies.

Through the day today delegates will head an address from the Auditor General for Local Government, and attend a number of Business Sessions set for the morning period.

The lunch hour features a Keynote Address, which includes a topic that will surely catch the attention of the Prince Rupert delegation as the need to "fix the grants in lieu" system will be discussed.

The afternoon returns to another collection of Business sessions as well as an address from the President of the UBCM. Discussions on Resolutions for the convention will also continue on through the afternoon session.

The evening gives way to the 59th Annual Banquet and Presentations session which is scheduled to run from 6:30 to 11 PM.

Friday is the final day of the Convention and another full day will be ahead for participants.

Discussions on Reconciliation and the Relationships with First Nations will take place, as well as addresses from the Province, Municipal Insurance Association and Municipal Finance Authority.

A look at Work Camps and the impact and issues that they have on municipalities is one potential session for the Rupert delegation to taken an interest in.

As well another session of interest perhaps to the North Coast collective, is one on the impact of unprecedented economic growth where lessons from communities that have seen such growth will share some of their stories and solutions that they have had to come up with in their communities.

The Keynote address for the Friday lunch hour will feature a number of industry representatives who will provide a string of updates in initiatives in Northern BC.

A discussion on Community Charter provisions and a look at pipeline development fills out the early afternoon session.

With the home stretch of the Convention providing for a Final Resolutions debate if required a farewell from the Host committee and a Prize Draw for those participants that have stayed to the very end of the three days.

As well as the Convention activities, the Trade Show aspect of the week also will provide a fairly interesting review of development for Northern British Columbia, with the Port of Prince Rupert a key participant in the convention both with information sessions for delegates and as exhibitors at the Trade Show itself.

While North Coast residents didn't hear too much about the plans of their local officials (or the roster of those attending) for the trip to Fort St. John, the City of Prince Rupert was making plans  to provide some potential discussion points for the gathering.

Perhaps, upon their return the Prince Rupert delegation will offer up a review of the event and provide background about those and what steps the NCLGA will be taking moving on from their Fort St. John gathering.

The NCLGA will also post a listing of those items for 2014 which were discussed. The list will be provided as part of their convention wrap up following the close of business.

When posted it will be available here.

For those interested in agendas and such, the full outline of the NCLGA gathering this week can be found here.

Small snippets of the weeks developments can be gleaned from twitter, with some delegates outlining the variety of events through the #NCLGA feed.

For updates on the three days of convention, any newsworthy items from the convention will be posted below: