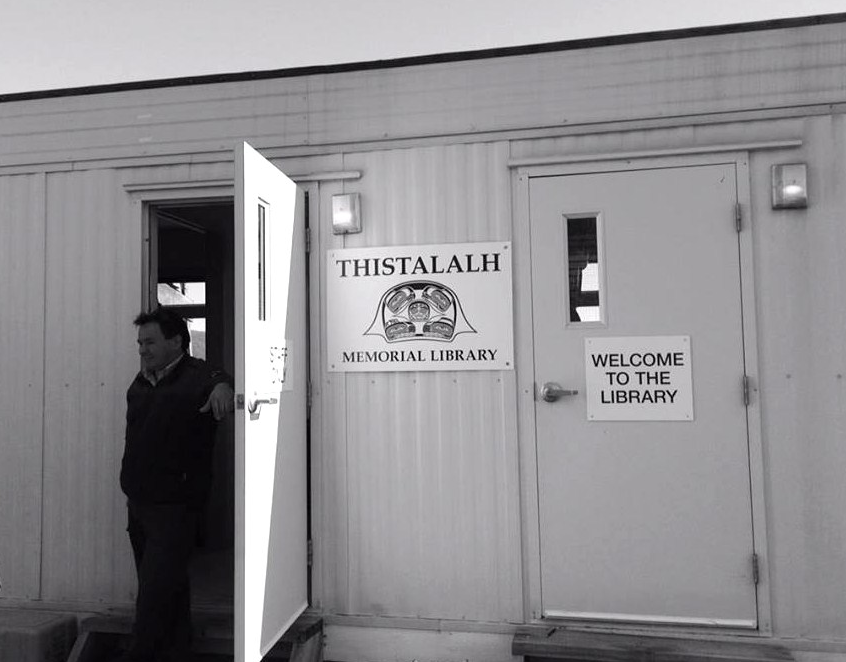 The story of a literary project that has taken off in British Columbia received some well deserved acclaim from the National broadcaster this week.

That early plan however grew impressively over the years, with the project now having provided for fully stocked libraries for six communities to date, with Bella Bella and Old Masset among those to benefit from the early days of the project.

Buoyed from that success, there are now plans in the works to deliver six more libraries to First Nations communities in the near future.

It's a story of marshaling resources, making connections and providing for a much required resource to communities that have struggled to have access toreading materials that such a project has provided for.

During the course of their efforts, Mr. Point and Mr. Blacker recruited retired librarians for their project and found that Rotary Clubs in British Columbia were also eager to lend their support to move the initiative forward.

Write to Read is much more than books however, it's a story about people coming together on a common cause, all of it a project that started with the simple process of bringing a box of books to a distant community.

You can learn more about the Write to read project from this story from the CBC website.

The story as featured on The National can be found below:

An overview of what the Write to Read Project is all about can be found from their website
Posted by . at 8:44 AM

Email ThisBlogThis!Share to TwitterShare to FacebookShare to Pinterest
Labels: May 2014, Write to Read success in BC